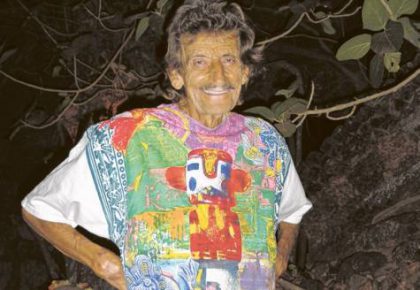 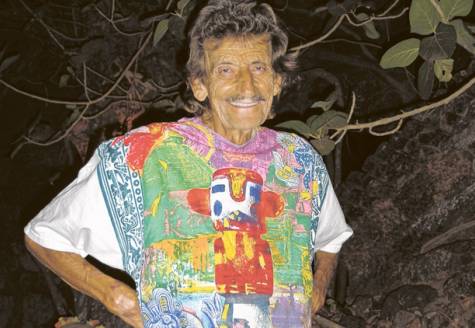 An ageing American hippie known as “Eight Finger Eddie” who was famous across India's resort state of Goa as a relic of its drug-fuelled, drop-out culture of the 1960s has died.

The 85-year-old, whose real name was Yertward Mazmanian, died in the former Portuguese colony after a long illness on October 18, according to online tribute web sites.

His cremation was streamed live on a user-generated content site. The video showed his body covered in flowers and burning incense sticks, next to a black and white photograph of him from the early 1970s.

One post on a Facebook site tribute page read: “He more than anyone put Goa on the Map”. Others called him “the original freak”.

“Anjuna Beach has lost its Goa Hippy Tribe father!” said another. “All of us over the decades who have shared precious moments with Eddie will miss his smile, his energy, his love for Life and Dance.”

“Eight Finger Eddie” was a US expat of Armenian heritage who came to Anjuna Beach in 1965 at the age of 40 and never left.

The secluded sands of north Goa became the sun-kissed final destination for the beatniks and drop-outs on the Hippie Trail from Western Europe
to Asia.

With a culture based on drugs, free love and music, the hippies found the beach a haven but it has since become overcrowded, with a reputation for drug- and alcohol-fuelled excess and crime, as foreign tourism has increased.

Eddie began the popular Anjuna flea market in 1975, originally as a place for tourists to sell or exchange their belongings.

The open-air bazaar still exists but is mainly a place for tie-dyed clothing, ornaments and sometimes stolen goods.

He also ran a soup kitchen for foreign visitors who had lost their way, money — or occasionally their minds.

Panaji: The death of 85-year-old Yertward Mazmanian also known as ?eight finger Eddie', arguably Goa's first hippie, curiously comes at a time when the state is on the verge of a strategic shift in its tourism approach.

A day before Mazmanian died last Monday, tourism officials stressed the need for bidding goodbye to hippie and backpack tourism at an international travel mart held here. The same hippie culture had helped put Goa on the international tourism map in the 1970s.

News of the death of the American-born hippie of Armenian descent created a lot of static on social networking site Facebook, where over Rs100,000 (Dh8,262) was pooled from his fans the world over towards his cremation.

It was Norwegian freelance journalist Oystein Krogsrud, who shuttles between Goa and Norway, who gave Eddie company during his last few days in the hospital and the final journey to a local crematorium where Eddie was cremated with Hindu rites.

“I think all hippies who have died here have been cremated…” Oystein said.