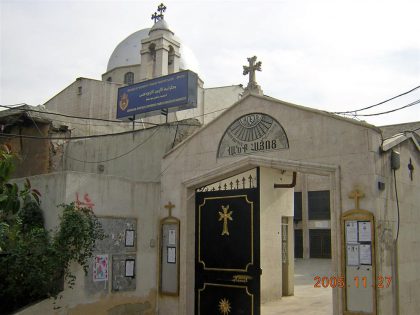 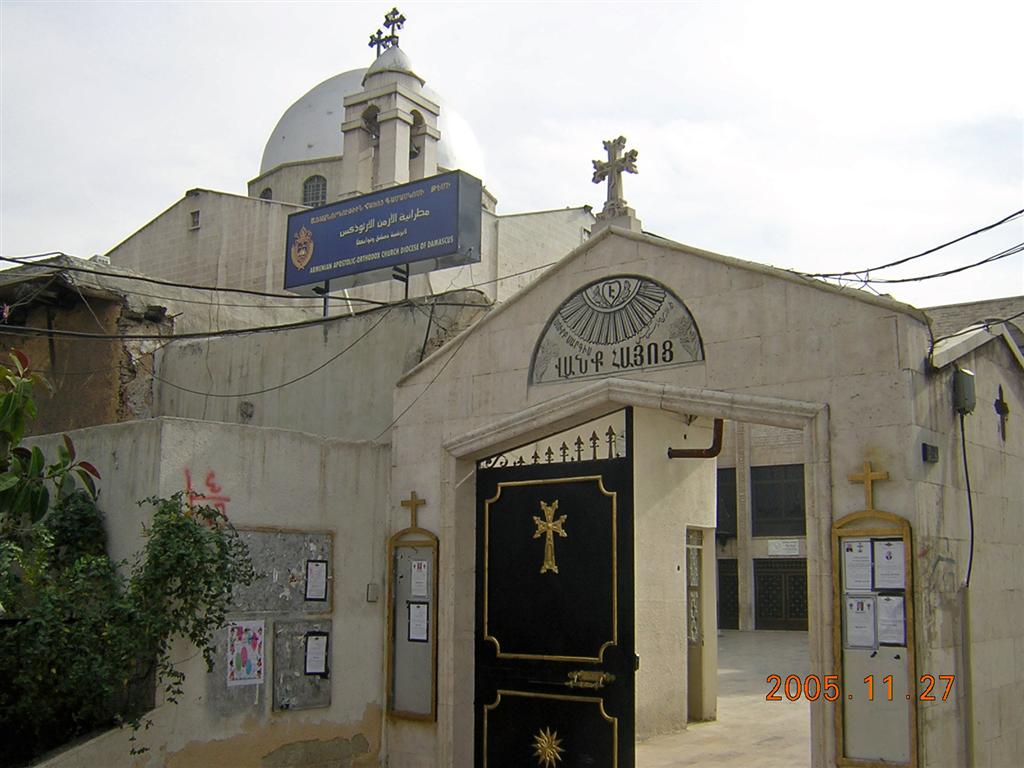 When Hrant Maloyan, a respected officer, was appointed Commander of Syrian Police in the 1940s, Syrian newspapers gloated, using “Hrant Bey's” appointment to prove just how diverse Syrian society was and how accommodating and respectful it was of the Armenian community in Syria. Hrant was an Armenian ? clearly from the “ian” in his family name ? while the prime minister back then, Fares Al Khoury, was a Protestant Christian. Since then Syria has had a colourful array of prominent officers, businessmen, and members of parliament from the Armenian community, while Syria's current parliament was constructed by Armenians back in the 1930s.

Armenians famously came to Syria during the First World War, fleeing the Ottoman dragnet, to settle as refugees in the homes of Damascus and Aleppo. Under the Ottoman Empire, they had a common destiny with their Arab counterparts; both were struggling ? each in a different way ? for freedom. A few of them married into Syrian families ? some even wedding Muslims ? while the majority of the community continued to live in a very tightly-knit community that has survived, with all upheavals that rocked Syria, over the past 90-years.

Many Armenians, however, are still ?rough' when it comes to speaking the Arabic language fluently, although they have lived among Arabs for decades and studied at Arabic-speaking schools throughout Syria. They currently number approximately 200,000 and most of them reside in Aleppo, Damascus, Der ez Zour and the Hassake province in Eastern Syria.

Between the years 1918-1978, for example, no less than 115 Armenian periodicals were published in Aleppo, specialised in politics, economics, and even child education. That shows just how serious the community was about contributing to Syrian society and refusing to live the life of refugees. They were naturalised as Syrian citizens when the Ottoman Empire collapsed in 1918.

Although the community is much smaller in Damascus, Armenians were able to brilliantly prove themselves in the business domain. According to church statistics, there are approximately 10,000 Armenian Orthodox in Damascus, and 4,000 Armenian Catholics.

Many of the older generation own jewellery shops throughout the Syrian capital, while Armenian youth are charting a new course, studying abroad and returning to Syria to work in their new respective domains; graphic design, IT, banking, marketing, engineering, etc. The majority, however, prefers to start work in a guaranteed family business, just like other Syrians of their generation.

Armenak Tokmajyan, 20, an Armenian who lived in Syria and now studies at Science Po University in Paris, told Weekend Review: “They [the Armenians growing up in Syria] realise they are more Syrian than they are Armenian because they study, work, and make friends and family right here in Syria.”

He explained, “Nowadays, we have two groups of Syrian Armenians. One, which we call Old Armenians [Arman Adim in Arabic] are those who lived here before the First World War. With the passing of time they lost their identity and integrated into society in such a manner that they no longer even speak Armenian nor do their last names end with “ian.” The second group, based in Aleppo, came after the First World War and they constitute what is today labelled as the Armenian community in Syria.”(1)

Ask an average Syrian to rate work done by an Armenian and he will often describe it as ?perfect' or ?clean'. Or they would say that one can feel assured when working with Armenians because they are honest, law-abiding people who are loyal to their jobs and reputation. Armenians in Damascus work mostly in trade, small industries, and crafts while very few are found in the government sector.

Not since “Hrant Bey” surfaced in the 1940s have we had any Armenian officials serving as minister or senior army commander, although since President Hafez Al Assad came to power in 1970, there has been an assigned seat for the Armenian community in the Syrian Parliament(2).

According to government records, Armenians in Damascus own 70 factories that specialise mainly in textile and construction material (3).

They are also making a name for themselves in medicine, law, and art, with the finest example being Lena Chamamyan, a young Armenian singer from Damascus, with a heavenly voice, who has recorded two albums and is quickly becoming a household name in Syria.

*Sami Moubayed is editor-in-chief of Forward Magazine in Syria.