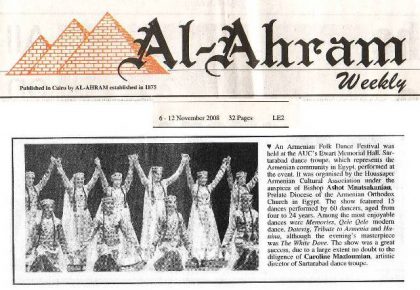 An Armenian Folk Dance Festival was held at the American University of Cairo's Ewart Memorial Hall.

Sartarabad dance troupe, which represents the Armenian community in Egypt, performed at the event.

It was organized by the Houssaper Armenian Cultural Association under the auspices of Bishop Ashot Mnatsakanian, Prelate Diocese of the Armenian Orthodox Church in Egypt.

The show featured 15 dances performed by 60 dancers, aged from 4 to 24 years.

Among the most enjoyable dances were Memories, Qele Qele modern dance, Datevig, Tribute to Armenia and Hanina, although the evening's masterpiece was The White Dove.

The show was a great success, due to a large extent no doubt to the diligence of Caroline Mazloumian, artistic director of Sartarabad dance troupe. 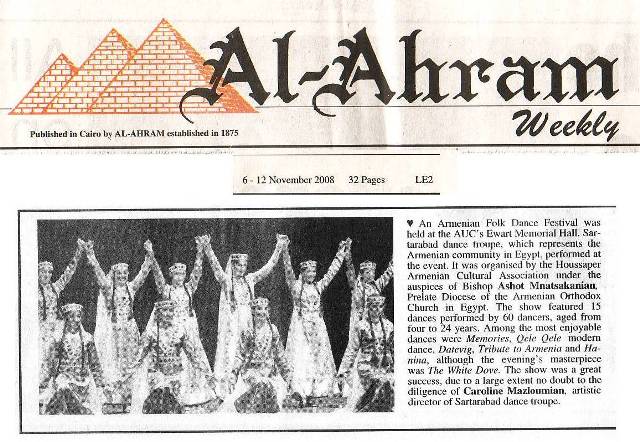