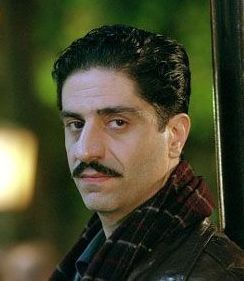 Simon Abkarian, the Lebanese Armenian actor, has been cast as the lead villain in the new James Bond film “Casino Royale” due out on 17 November 2006.

The film is being produced by Barbara Broccoli, daughter of the late Albert Broccoli who produced of Bond films between 1971-1989, including hits “Diamonds are Forever” & “A License to Kill“.

In “Casino Royale“, James Bond matches wits with a casino owner who uses his winnings to fund terrorism. Abkarian beat out fellow French actor Michael Youn and Romain Duris for this part.

It will be shot on location in the . British actor Daniel Craig, 37, will be the 6th actor to play Bond, replacing Pierce Brosnan. There were several other actors considered for the part. Producer Michael G. Wilson said that they looked over 200 actors searching for the right one. Eva Green has finally been cast as the new Bond girl.

Simon Abkarian has acted extensively in French films, and also was in the recent Sally Potter film “Yes.”

The movie is directed by: Martin Campbell, based on novel by Ian Fleming (“Casino Royale” is Ian Fleming's first 007 novel). 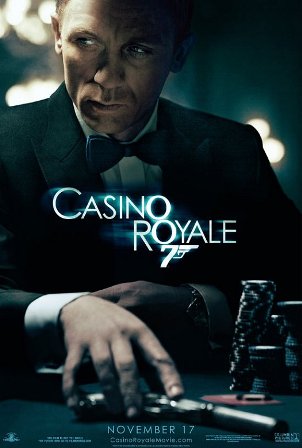 Casino Royale introduces James Bond before he holds his licence to kill. But Bond is no less dangerous, and with two professional assassinations in quick succession, he is elevated to '00' status.

Bond's first 007 mission takes him to where he is to spy on a terrorist, Mollaka (Sebastien Foucan). Not everything goes to plan and Bond decides to investigate, independently of MI6, in order to track down the rest of the terrorist cell. Following a lead to the , he encounters Dimitrios (Simon Abkarian) and his girlfriend, Solange (Caterina Murino). He learns that Dimitrios is involved with Le Chiffre (Mads Mikkelsen), banker to the world's terrorist organizations. Secret Service intelligence reveals that Le Chiffre is planning to raise money in a high-stakes poker game in at Le Casino Royale. MI6 assigns 007 to play against him, knowing that if Le Chiffre loses, it will destroy his organisation.

'M' (Judi Dench) places Bond under the watchful eye of the beguiling Vesper Lynd (Eva Green). At first skeptical of what value Vesper can provide, Bond's interest in her deepens as they brave danger together and even torture at the hands of Le Chiffre. In , Bond allies himself with Mathis (Giancarlo Giannini) MI6's local field agent, and Felix Leiter (Jeffrey Wright) who is representing the interests of the CIA. The marathon game proceeds with dirty tricks and violence, raising the stakes beyond blood money and reaching a terrifying climax.

Source: http://www.imdb.com/ and other websites

Newer PostReligion has a pivotal role in bringing about peace with justice in the Middle East, states Aram I
Older Post26 days of our lives have gone by