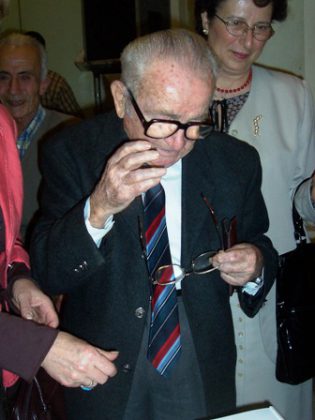 Tuesday the 17th of October 2006 was an honorable and memorable day for Souren Antoyan. Organized by Hamazkayin?s Roupen Zartarian and Azadamard club, the event was dedicated to the Armenian survivor who recently published his autobiography, ?Inknagerdoumi Djampov? ('on the path of self-formation').

The book describes the path taken by Souren in order to fulfill his duty as a self ? devoted Armenian. The title already speaks for itself: It tells the story of a man who had struggled through deadly and threatening moments in his life and finally carved out the real life he chose to live, despite the loss of his family, the separation from his mom and being in the orphanage.

The book points out the story of other national and cultural personalities who had played a major role in educating Armenian generations. Souren Antoyan has never thought of pulling back or retreating away from life threatening situations and always showed the 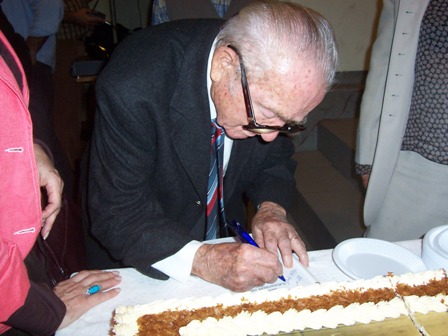 courage to continue overcoming difficulties.  He also took part in building the club and the school in Ashrafieh (a suburb in ).

Garo Hovhannissian presented the book, then the writer himself thanked all the people present at the event, during which he received an award.

At the end of the ceremony bishop Kegham Khatcherian, presented Souren Antoyan as a national hero, and an example that must be followed by every single Armenian.

Born during the Armenian genocide and already 91 years old, he is still urging Armenians to build their own life path, inspired by his pioneering work of organizing the Armenian community in .