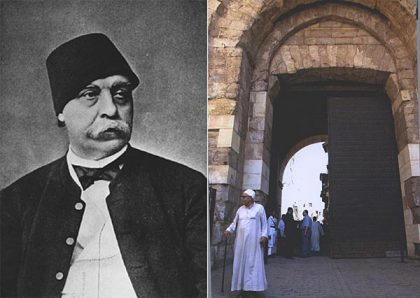 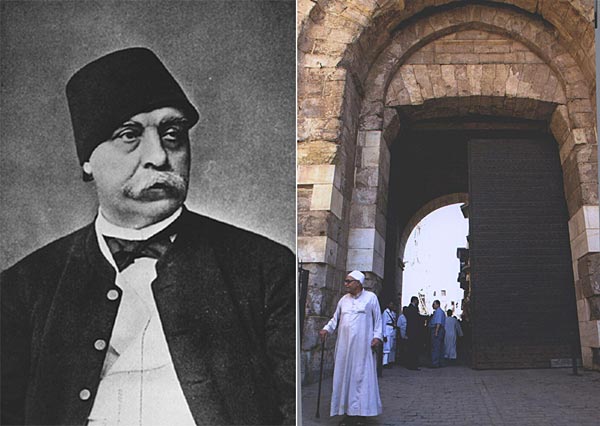 Eva Dadrian looks at the variety of life of Armenians resident in Egypt today and the multi-faceted nature of the jobs they undertake from archaeology to Egyptology, and contemporary Armenian studies to history.

The centre for Armenian Studies (CAS) at Cairo University was created in 2007 to foster the interdisciplinary study of the Armenian language, literature, civilisation and history through academic research, workshops and seminars.

Despite the historical ties between the Arab countries and Armenians, there has been no previous attempt to create such a centre. Housed in the Faculty of Arts, CAS is indeed the first and only academic nucleus totally dedicated to Armenian studies in the entire Middle East region. It took many years for the Armenian community and the Egyptian authorities to realise the importance of setting up such an academic institution. “This shortcoming should be shared by both,” admits Zeinab Abu Senna, the centre's first director and a specialist in Turkish language and literature. She explains that the Armenians, who arrived in Egypt and in the rest of the Arab world after World War I, were mainly concerned with survival, family reunion, educating their children and building a decent life for their offspring, “so we cannot blame them for not having envisioned the setting up of such an institution.”

On the other hand, she also admits that the authorities in the region, who had welcomed them, have only recently come to realise that “within the context of such sustained Armenian presence in the Arab world and in view of the expansion of the inter-communal relations, a centre was an inevitable requirement to know more about the other civilisation and reinvigorate relations. A journey of one thousand miles starts with the first step.”

In less than two years, CAS has become a hub of intensive academic activities, organising lectures, seminars and also publishing research papers and conference proceedings. Three books have already been published and soon, says Abu Senna, the centre will publish a book about Nubar Pasha, the Armenian Egyptian statesman who served three times as prime minister of Egypt, once under Khedive Ismail, and then twice under Khedive Tawfiq, and who is revered by all Egyptian intellectuals and academics. For the time being, the centre has only one room but its director hopes that it will be allocated more space in the near future, “to expand our academic activities and house a larger library” she adds. A week ago, a visiting group of librarians and officials from the US Library of Congress promised to donate a variety of books and publications to enhance the small but already growing library.

A core component of the centre's outreach work involves organising seminars and workshops. These are attended by students, researchers and lecturers from the faculties of history, arts and various departments of Oriental languages. Two international conferences organised since the CAS was established have brought together researchers, scholars and specialists from Egypt, Jordan, Lebanon, Syria and Armenia, all working in the field of Armenian history, language and literature. The proceedings of the conference on “Arab-Armenian Relations, Past and Present” held in April 2008 have just been published, and “this year,” says Abu Senna, “we had the pleasure of welcoming the former Armenian ambassador to Syria. He is a highly qualified academic and his modesty surprised us all because he attended our conference in his capacity as a researcher and not as a diplomat. His contribution was greatly appreciated by all present and especially by me.”

In line with its interdisciplinary approach, a regular series of lectures and seminars bring together specialists from different Egyptian faculties and academic institutions. “Our aim is to hold these events in conjunction with an academic programme focussing mainly on Armenian language, civilisation and history,” says Abu Senna. The seminars and lectures are unique in their intensive cultural immersion and the enlightening educational forays which challenge students and researchers to reach new levels of intellectual curiosity and achievement.

By inviting Professor Nicolai Hovhanissian, director of the Institute of Oriental Studies of the University of Yerevan, Armenia, to its first international conference, CAS has given a new impetus to Armenian-Egyptian relations. There is no doubt that this will encourage the establishment of official and stronger ties between the two academic institutions. Wider cooperation will increase understanding and appreciation on both sides. With the backing of the Armenian Embassy in Cairo, an official visit to Armenia has been arranged for the dean of the Faculty of Arts and Abu Senna to meet their Armenian counterparts next September. The week-long visit will strengthen ties between the two countries and launch a wave of exchanges and academic collaboration.

Picture: Nubar Pasha, the Armenian Egyptian statesman; one of the three main gates of the city built by Badreddin Al-Jamali between 1807 and 1902; Bab Zuweila is a treasure of the Islamic Fatimid architecture in historic Cairo.