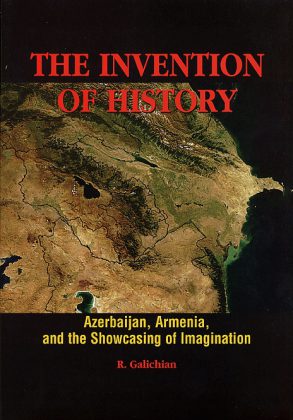 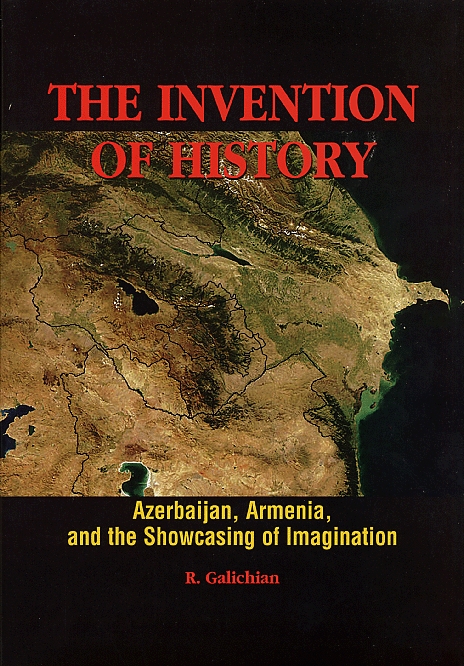 “The invention of history: Azerbaijan, Armenia and the showcasing of imagination”

Cartographer Rouben Galichian has published a new book, which focuses on the history of Azerbaijan and the ongoing falsification policy adopted by its historians in relation to Karabakh and Armenia.

Galichian explains how the word Azerbaijan, which until 1918 was merely the geographic name of northwestern Iran, was given to a new entity north of the River Araks. Following that, the people of modern-day Azerbaijan, who spoke Turkish language and were part of the mainstream Turkish civilization, were named Azeris.

Galichian however is more concerned about the recent intensification of the state sponsored anti-Armenian propaganda in Azerbaijan. His pervious books include “Historic maps of Armenia: The cartographic heritage” (London: I.B. Tauris, 2004) and “Countries of the Caucasus in Medieval maps: Armenia, Georgia and Azerbaijan” (London: Gomidas Institute, 2007).

According to Galichian, the then ruling Musavat nationalist party introduced the name Azerbaijan for political reasons, hoping one day to take control of the neighboring Iranian province of Azerbaijan (Atrpatakan in Armenian sources, named after general Atropat who defended his province against advancing Alexander the Great).

It is strange that in 1918 a new country appeared north of River Araks, with a name related to a historical region located in the south of the river. As if this was not enough, the newly established country attempted to create a tailor-made version of history based on the assumption that the whole Christian Armenian heritage, which is evident almost everywhere in the South Caucasus, belongs to a people called Caucasian Albanians (Aghvan in Armenian and Arran in Islamic sources), considered by the Azeris to be their ancestors.

The contradiction is obvious. The majority of Armenian monuments in present day Azerbaijan and Karabakh were built after the Caucasian Albanians ceased to be a nation in the 12th century and adopted Islam in general.

A third contradiction comes from the way Azeris themselves behave towards the Christian monuments in their country. Although they claim being the descendants of the Caucasian Albanians and insist that the Christian monuments belong to their ancestors, nevertheless they continue to destroy them. The latest obvious example has been the total destruction of thousands of cross-stones (khachkars) in Nakhichevan, a heavy lose to the human civilization, which UNESCO could do nothing to prevent.

Galichian took the initiative to expose the above facts. For many historians what Azerbaijan is doing is so obvious that it is not worth answering, but he believes that the Azeri propaganda can harm Armenian interests in the long run. “If a lie is repeated and spread all around the world, it can overshadow academic research,” he thinks.

Galichian's concerns started when he was Honorary Consul of Armenia in London from 1992-2000. This was the time when the Azeris intensified their propaganda against the Armenians in Karabakh, but they did not reach to the level of today?s anti-Armenian hate campaign.

Galichian has shown the draft of his book to the officials in the Armenian Ministry of Foreign Affairs in 2008, who found it a useful tool in fighting the Azeri propaganda. However, the Ministry did not allocate the necessary funds for printing it. After the publication, the Minister of Foreign Affairs Edward Nalbandian did not meet the author, despite the official request made by the later to donate several hundred copies for the use of the Armenian missions worldwide.

In recent years Azeris have funded and printed more than 30 titles of anti-Armenian hate books, where Armenia is shown as Western Azerbaijan and all Armenian monuments (including well known places like Khor Virab and Etchmiadzin) are represented as the work of Caucasian Albanians!

Galichian believes the way to fight the Azeri anti-Armenian propaganda should be by introducing publicly accessible and comprehensive books, were the facts are displayed in a simplified yet scientific way.

“If you leave history to be written by your neighbors, then expect your role to be downgraded or even ignored “, he comments.

The Azeri stance is in fact encouraged by the decades old Turkish policy of destroying Armenian monuments throughout the historical homeland of the Armenians. The recent renovation of Saint Cross church in Akhtamar island in Van is still waiting for its cross and the authorities have said that the church will not be a place of worship, rather it may be adjusted to a museum (possibly a museum of Turkish tolerance of Armenian culture!).

During Soviet times, about 400 thousand Armenians in Baku and elsewhere in Azerbaijan were deprived from the means of learning their mother language and were obliged to choose only Turkish and Russian languages. The picture was different in Armenia, where the existing 200 thousand Azeris were being taught their language uninterrupted for 70 years in their places of settlement, until they eventually immigrated to Azerbaijan after the 1991-1994 war between the two countries.

Rouben Galichian was born in Tabriz, Iran, to a family of immigrant Armenians who had fled Van in 1915 and arrived in Iran via Armenia, Georgia and France. After attending school in Teheran he received a scholarship to study in the UK and graduated from the University of Aston, Birmingham, in engineering. His interest in geography and cartography started early in life but he began seriously studying this subject in the 1970s.

In 1981 he moved to London with his family, where he had access to a huge variety of cartographic materials. His first book on this subject was Historic Maps of Armenia: The Cartographic Heritage (I. B. Tauris, London, 2004). The present volume is the result of his studies and research on medieval western and Islamic maps of the region south of the Caucasus.

Rouben Galichian says: “Some 30 years ago I started collecting and studying maps and literature on general cartography and especially about the cartography of the region of Armenia. Three years ago I resolved to collate my studies and the available multitude of maps of Armenia in worldwide sources and commit my studies to paper. The result of this work is the present volume”.

See article about the book written by the author.