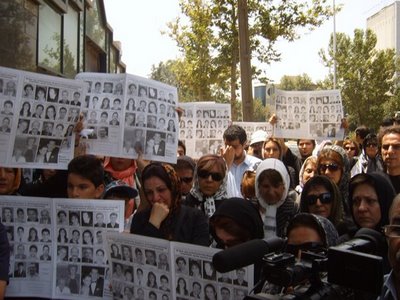 The tragedy of the Caspian Airlines plane that crashed into a field near the city of Qazvin on 15 July 2009, killing all 153 passengers and 15 crewmembers (including 40 Iranian Armenians and 5 citizens of Armenia), has promoted protests in Iran.

The Iranian Armenian community staged a sit in at the Caspian Airlines offices on 22 July 2009 demanding answers.

The protestors were mainly friends and family of the 40 Armenian victims of the flight. Iranian police attempted to break up the demonstration, dispersing the protestors and arresting a reporter of ?Yerkir Media TV” (ARF media company based in Yerevan), who was later released.

Negligence accusations went as far as the Iranian Government itself. The protesters were asking to know where was the Iranian transportation minister throughout the tragedy? Why President Ahmadinejad did not declare a national day of mourning in Iran, a country that lost 120 of its own citizens in the tragedy – among them the Iranian youth Judo team -, while Armenia has declared a day of mourning for its 5 citizens on board (besides the 40 Iranian Armenians)? Local Alik Armenian daily had noted earlier that no Iranian official had bothered to pay a visit to the Prelacy or to any Armenian institution in Tehran. This has raised big question mark.

On 22 July 2009, the Legislative Council of the Armenian Prelacy in Tehran discussed with a group of Iranian Armenian lawyers, the legal aspects related to the tragedy. Following this, the Prelacy issued invitation to the relatives to attend a meeting on 26 July 2009 for the purpose of exchanging views, discussing details and getting further information.

The Cockpit Voice Recorder (CVR), or the black box, of the plane has been found and taken to Tehran for the recovery of its data. Iranian officials say that the investigations may take more than two months. The plane is speculated to have gone down due to technical problems rather than piloting error. The black boxes may be sent to Russia, where they were manufactured, for help with the analysis.

A representative of Caspian Airlines in Yerevan told the Russian News Agency Novosti, that the company had started making insurance payouts of 54 thousand dollars to the relatives of each victim. Caspian's aircraft and passengers were insured by the Iran Insurance Company. 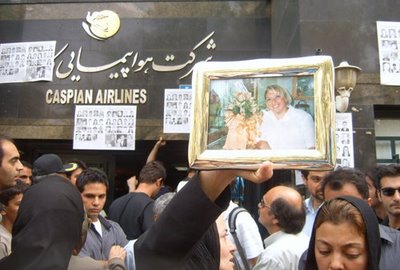