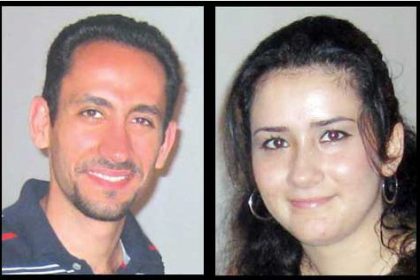 After an official day of mourning in Armenia, over the weekend Armenian churches around the world prayed for the memory of the victims. Thousands gathered to remember the victims.

A special requiem service was held at the Armenian Apostolic Church of Holy Resurrection in Sydney, Australia. Two of the Australian Armenian community's youth, Arin and Ani Abcarian, were lost in the tragedy on the flight. Archbishop Aghan Baliozian delivered his sermon in which he referred to the quiet achievements of both Arin and Ani as outstanding young members, not only of the Armenian community, but broader, particularly with Arin's high standing as a medical researcher and PhD student at Sydney University. Ani, a university student herself, was greatly admired for her active contribution to community life. The Apcarian family had come to Sydney from Iran eight years ago and the siblings held dual citizenship.


In Glendale, California, Archbishop Moushegh Mardirossian presided over a special requiem, attended by more than 700 local relatives of the crash.

In Kuwait and the United Arab Emirates

Archbishop Goriun Babian, Catholicosal Vicar of the Prelacy of Kuwait and Arabian Gulf has expressed his heartfelt condolences in the name of the religious and national bodies in the Gulf region. (See the letter of condolence in Armenian).

Being formerly the Prelate of Isfahan and Southern Iran he has personally known several of the personalities that lost their lives on the disastrous flight. On 17 July 2009, a requiem service was performed in Kuwait for their memory and for the repose of their souls. Another service was held in Sharjah, United Arab Emirates on 24 July 2009.

A letter of condolence in the name of the Iranian Armenian associations in Armenia, USA, Germany, England and Sweden, was circulated, signed by Aramayis Mirzakhanian (click here to read the letter in Armenian). Special reference is made there to Massis Matian.

Massis Matian, a well known benefactor and brother of Iranian Armenian literary critic Azat Matian, had attended in June a reunion with old friends in USA. Massis was selected as the Master of Ceremony for this 200 persons gathering. Soon afterwards he returned back to Iran, via Dubai and later was in the doomed airplane heading to Yerevan. He was a graduate of Isfahan and was residing in Tehran and Yerevan, where his wife continues to live.

Among the victims was also Dr. Levon Davitian, a widely-known and respected psychologist and former member of the Iranian Parliament, chairman of the Tehran Prelacy Executive Council.