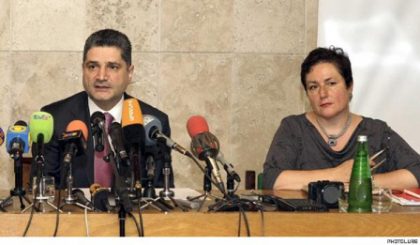 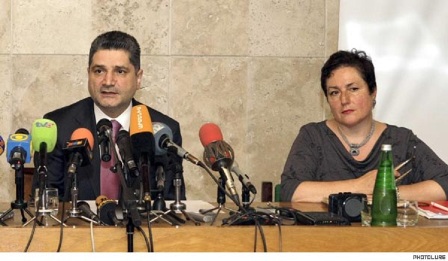 In recent times less is talked about “Luys” Foundation, though, when it was first launched in 2008 it was highly heralded and expected to perform miracles. Let?s remind that the Foundation was meant to financially assist gifted Armenian young people to get education in the world's best universities.

At that time we had abundant promises, today we have poor accomplishments.

Let's see what we can find on the web about that… again nothing in particular, except some scrappy, hardly visible information posted here and there. In one of them, for example, is stated that “Luys has raised the bar”. In this case “raising the bar” means actually shortening the list of foreign universities from 25 to 10. Apparently it should be considered as a step backwards, but for Anahit Evoyan, the Public Relations Officer of the Foundation's educational program, it is considered as a progress, arguing that “Luys” is not requiring our young people to be admitted to one of the world's top ten universities, instead of the previous figure of twenty five. Well, our students need to pray now so that the ceiling remains at this level, because if it is raised more and the remaining ten universities are filtred subsequently, then only 1-2 universities will be left on the list, and, at best, equal number of students.

So, the fact is, that “Luys” Foundation, with its expenses and astronomical salaries, is gradually assisting less and less number of students. In four years, it has semi funded 170 students. Do the Prime Minister, Ms. Karaaslanyan and “Luys” officers agree that this number should have at least one extra zero on the right side?

Today even at the first glance it's all clear that “Luys” is hardly sparkling, instead of beaming.

I remember clearly the long-awaited meeting of Yerevan State University's students in 2009 with the newly appointed Director of “Luys” Foundation Jacqueline Karaaslanian and the Prime Minister Tigran Sargsyan. The event was long-awaited, because J. Karaaslanian was “chosen” months ago, and during the elapsed period we were told that she was packing her trunks to arrive from USA and undertake this rather responsible position.

We waited very long for the arrival of this rather unique personality. Actually, packing the trunks was a justifying excuse to counterbalance the students' question about why “the cart was not moving on”.

Anyway, at first the Prime Minister presented “Luys” as a foundation, which aimed at providing scholarships to Armenian students planning to enroll in the world's leading universities. He also presented the main spheres of this foundation: science, education and, no matter how surprising it might sound: culture. By adding this initially unaccounted word (culture) to the spheres, he hit two birds with one stone: 1) justified spending Foundation's money for two concerts, which by the way were the only work carried on during the four months of packing the trunks, 2) prepared the ground for similar events in the future, with no possibility of monitoring the expenses.

After that, the Prime Minister presented Ms. Karaaslanian, endowing her by such amazing attributes, the way an author from romanticism period would have done when describing his/her hero. He then asked himself and the audience rhetorically: what we would do now if we didn't find Ms. Karaaslanian and what would have happened if she had refused to come to Armenia. Excited with his own words, the Prime Minister fell into the extremes and forgot for a moment that he was attending a meeting with the students of Yerevan State University, not kids in the kindergarten.

Then Ms. Karaaslanian spoke, saying sentences in incomprehensible Armenian, after which students were looking at each other with indulgent smile. Before her arrival she was described by those who chose her as being fluent in several languages, Armenian on top. Many of us were surprised, but hoped that she would at least master the knowledge and skills, for which she was judged to have absolute advantage over the other candidates and for which she was unanimously chosen. Presenting herself Ms. Karaaslanian said that she has worked in France with famous scientists, then worked in Boston, again with famous scientists, and generally she has worked with many famous scientists… but what essentially remained unclear was what kind of work she was involved with those scientists (Unintentionally I recalled the episode in the well known theatre performance when Karp Khachvankyan says that all Ministers were used to take off their hats in front of him, as he was working in the wardrobe).

Well, Ms. Karaaslanian was invited, and she came maybe with great willingness to work (though, as life showed, also with too moderate endowment), with warm American smile, perhaps without even thinking over the question: what a strange system of values exists in Armenia, if working with a famous scientist is more respectable than being a famous scientist? Maybe she didn't get why the name of Artur Ishkhanyan was being heard left and right in the hall and why the Prime Minister was getting nervous upon hearing that name or was rudely interrupting the questioners or making an effort for smooth transition to other topic by way of making humorous remarks.

Being unaware of her job (at that time, as well as now) how could Ms. Karaaslanian realize that the ethical norms were greatly changed in the homeland since the time when Vramshapuh received Mesrop Mashtots, who has returned to spread light in his homeland by what he has created [the Armenian alphabet]… and how this radiating light was highly esteemed by the kings. Now the “kings” in Armenia misappropriate others ideas, proudly present them as their own and chide anybody who is willing to speak about justice.

Ms. Karaaslanian was not interested in the details, but the journalists are inquisitive…

So, as we are at this moment out of the Prime Minister's control and many years have passed, unfortunately not overwhelmed with abundant light, but instead gradually we have moved to the darkness, let's us, therefore, try to figure out who is Artur Ishkhanyan. Thanks to the miracle named internet one can immediately realize, that the corresponding member of NAS RA, doctor of physics and mathematics Artur Ishkhanyan is the person, who has put forward the idea of “Luys”. Unlike others, the Prime Minister should know for certain what great work he has done for that. But when everything was done, “the president's high patronage” was called… and the names “Artur Ishkhanyan” and “Luys” were not permitted to be pronounced next to each other.

It is possible to forbid people to have memory, to rebuke voicing any topic using thousands of means well known by the rulers, but fortunately we are living in a bright century marked with the presence of the internet, which has an infallible memory… dig into it and go back in time before 2009, and it will shed light on many questions.

Now let's try to answer the Prime Minister's question; that is, what would have happened, in case of “doing the wrong selection”, or if Ms. Karaaslanian, having a better offer has refused to come to Armenia and suddenly another candidate was selected as a director of “Luys”, for example, the author of the idea Artur Ishkhanyan himself.

2- The work would not get tortoise run instead of speed and energy. Today we would not pride ourselves for having only 170 “Luys” students educated abroad; instead we would speak about thousands.

3- The Prime Minister would not feel as sitting on needles, because in this case any fabrication would be excluded and the students would trust the words “fair” and “transparent”. The more such words were repeated in the current situation, the less inspiration they gave.

4- The component “culture” would be removed, which is nothing but a mean for streaming the Foundation's money towards unknown direction.

Finally the most important:

5- The answers to questions such as whether there would be brain drainage and whether the students who are studying abroad to get a better education will eventually return…, for these questions the students would have seen in front of them, the person who personally have come up with the idea, and who for many years has dedicated himself to the initiated work, has developed in details the main theses along with the students, who is a well-known scientist, is, in fact, more reliable, than a person who performs incompetently, and for whom the years do not count in asserting responsibility toward the undertaken work.

So, the student who is heading abroad would not face the dilemma: whether to stay abroad and work there, where scientists are respected and make good earnings, or return to the homeland, where the experience of working with a famous scientist is more valued than being a scientist itself, where working with a well-known scientist is enough precondition for being rewarded ten times more than what the famous scientist receives and where the “system of values” is so much mutilated, that regretfully it can be described as a mockery.