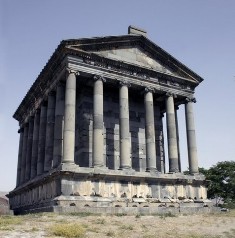 Armenia is a developing tourism destination with numerous sights. It is also home to three UNESCO world heritage sites and as such lures cultural tourists as well as history lovers.

Armenia is a small country located in South Caucasus. It has a population of approximately 3 million and also one of the world?s oldest histories. They were the first country to adopt Christianity in 301 AD. This post soviet country is mostly remembered in connection with the Nagorno-Karabakh war between Armenians and Azerbaijanis. Nevertheless, they also have an expanding tourism industry.

The country certainly has lots to offer to tourists. Thanks to the long history of Christianity in this country, there are numerous religious buildings that lure tourists. For example monasteries of Haghpat and Sanahin were important centers of learning. These monasteries are listed as UNESCO world heritage sites as well as the Cathedral and Churches of Echmiatsin and the Archaeological Site of Zvartnots. The third UNESCO site is the Monastery of Geghard and the Upper Azat Valley.

Besides the UNESCO sites there are numerous other places drawing the attention of international tourists. For example, the Armenian capital Yerevan is a vibrant 1.2 million city with museums and galleries. There are also the popular water resorts of Lake Sevan. It is one of the largest high-altitude lakes in the world and it occupies approximately five per cent of Armenia”s surface area.

ther interesting attractions are the hot springs of Arzni and Jermuk. There is also a popular ski resort in the city of Tsaghkadzor. Another popular destination is Dilijan known by locals as “Armenian Switzerland” because of the forests surrounding the city. The country perhaps lacks some tourism infrastructure but it certainly provides a visitor with a unique experience.

The majority of tourists coming to the country (62 per cent) are Armenians living abroad. The rest of visitors comes from Russia, Georgia, EU countries, the USA and Iran. Some 510,300 tourists visited the country in 2007.