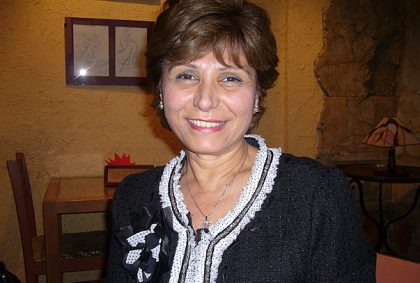 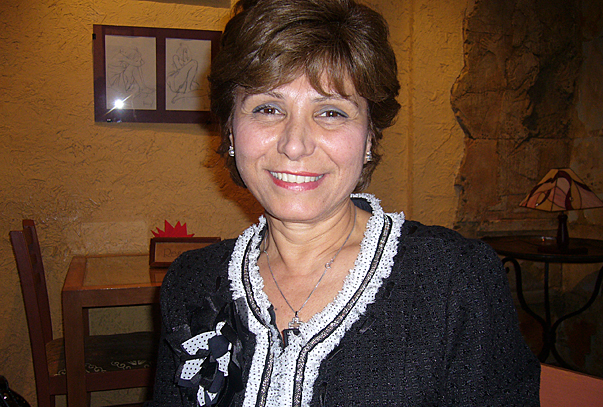 In a market in Yerevan, visitors can buy an empty jar labelled simply ?Armenian Air?. It appears absurd, but it taps into a profitable emotion: the love that diaspora Armenians feel for this little post-Soviet Republic.

Ashot, who runs the stall selling the jars, said they were very popular with visiting Armenians and had helpfully labelled the jars with ingredients:  the spirit of hospitality; the air of Yerevan and the mountains; the smell of Armenian bread and meat; the steam of Lake Sevan.

Five million of the world?s eight million Armenians live outside the republic, and their visits are a major boost to its economy. Almost two-thirds of the 575,281 tourists who came to Armenia last year were from the diaspora.

Salbi Agarakian, in her late fifties, was born in Aleppo in northern Syria but has lived in Los Angeles for almost half a century. She first came to Armenia in 1991 and has visited whenever she can since.

?When I see Armenian TV channels, when they show the [Yerevan landmarks] Cascade Complex or Republic Square, I immediately want to come to Armenia, to walk the streets, to mix into the crowds. I always miss Armenia. I feel pangs for it, for the people and the country,? she said.

?Compared to the 1990s, there have been significant changes, but the country must grow further. All of us must try to become better. Although it takes 16 hours to fly here, and my work does not let me travel often, I want to be in [the religious centre of] Echmiadzin for Easter, to hear the priests talk, to be among the people, with my family, my extended family. For me the nation is a family, and not just people. Here I do not feel alone, I am with my family.?

Agarakian?s ancestors, like those of most diaspora Armenians, were scattered across the world by the mass killings of Armenians committed by Ottoman Turkish troops in the First World War. The question of whether the campaign of murder was a genocide or not has dogged relations between Armenians and Turkey ever since.

According to Suren Manukyan, deputy director of the museum of the Armenian genocide, there are no precise figures for the number of Armenians who lived in what is now eastern Turkey before 1915. He said most historians think there were two million, of whom 500,000 survived the mass 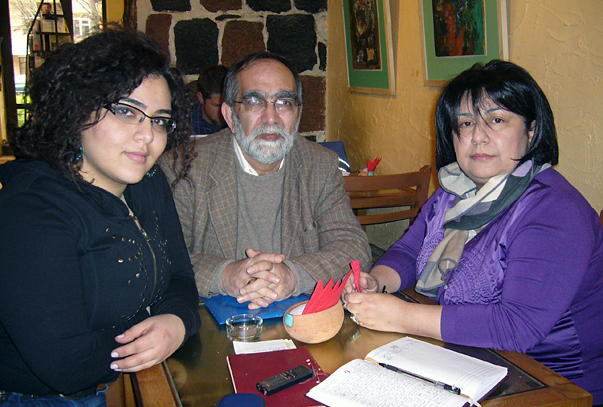 killings, and found asylum in various countries around the world.

The major inflow of diaspora Armenians takes place in April, since April 24 is the Remembrance Day for the victims of the atrocities, marking the anniversary of the arrest and savage murder in 1915 of 250 Armenian intellectuals in Istanbul.

In the first years of Armenian independence, many diaspora Armenians invested in the country, although often these deals ended unhappily owing to official corruption or incompetence.

?Several complaints remain today. Either the money due for payment is not paid, or a high price is set for some services or goods. The American and French Armenians are used to accuracy, and clear relations,? said Tevos Nersisyan, spokesman for the diaspora ministry, which was set up in October 2008 with the aim of encouraging unity among Armenians.

?This is a very difficult duty, since sometimes Armenians from different societies differ more amongst themselves, than in relation to different nations. There are people who feel themselves to be Armenians if they no longer have Armenian names, while many who have Armenian surnames feel they are foreigners. It happens that Armenians living in the same country only meet each other at our events.?

For seven years, Anahit Meliksetian and Artush Andreasian have visited Armenia regularly from their home in Iran. Their two children study in Yerevan.

?We always had connections to the homeland. When the chance came to study in Armenia, the children preferred to come to Armenia although we have a ?green card? and they could have studied in the United States,? Meliksetian said.

?Everything is coming together bit by bit. Armenia is our homeland. We do not ask what our country can do for us. We ask what we can do for our country.?

Her daughter, Ani Andreasian, is in her second year at university in Yerevan.

?I decided for myself that I would live and work here. I do not feel like I do in Armenia anywhere else. It is nice to feel that everything, be it good or bad, is mine. I am thinking about living here for longer, and becoming a citizen of Armenia,? Ani said.

Diaspora Armenians can receive citizenship in a simplified procedure, without the usual need to live in the country for three years or know the Armenian language. They can also, if an agreement exists with their country of origin, become dual nationals.

Armenians from the 18 countries whose citizens require an invitation to gain a visa can enter the country without bureaucratic procedures. This applies to countries like Syria, Egypt and India, which have significant Armenian populations.

Iranian Armenians can get an entrance visa at the border. Shahen Babaians,  was born in the city of Urmia in Iran, and first came to Armenia in 1991, although his homecoming was not what he had hoped for since the economy was collapsing and the country was at war over Nagorny Karabakh.

?After three months I returned to Iran, but with a desire to come back to Yerevan as soon as I could. However, I only got back to Armenia in 2002. Then I came to Armenia with a firm desire to live here, to marry, to raise a family. After a few trips, I at last managed to move my business to Armenia, to marry an Armenian woman, and my daughter Sose is now six years old,? he explained.

He said it was harder to run a business in Armenia than Iran, but did not regret his decision to move.

?I always dreamed of living in my homeland. I know Armenian badly, and always dreamed that my children would get an Armenian education, and if possible, in the homeland itself,? he said.

Aghavni Harutyunyan is a journalist from the Azg newspaper.
Seda Muradyan, IWPR Armenia country director, contributed to this report.