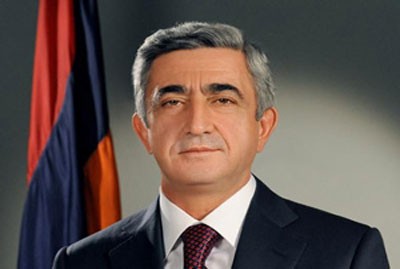 A year has passed since the Armenian-Turkish-Swiss joint statement on steps to normalize the relations between Armenia and Turkey. During this period, the two Protocols aimed at normalization of the relations have been publicized, discussed in the public domain, and signed. The documents have for quite a lengthy time now been in the parliaments of Armenia and Turkey, awaiting ratification. Armenia has all along demonstrated her commitment to the process of normalization of relations, to the point of including the Protocols in the agenda of the National Assembly. We have made clear to the whole world that our position is nothing but firmly constructive. We have stated that, if Turkey ratified the Protocols, as agreed, without preconditions and in a reasonable timeframe, failure by the Armenian Parliament to ratify them would be precluded.

Now, the time has come to gauge the notion of a ?reasonable timeframe? and whether a conduct is ?without preconditions.? These criteria were set forth by not only Armenia, but also all the mediators involved in the process, all of our international partners.

1. Turkey is not ready to continue the process that was started and to move forward without preconditions in line with the letter of the Protocols.

2. The reasonable timeframes have, in our opinion, elapsed. The Turkish practice of passing the 24th of April at any cost is simply unacceptable.

3. We consider unacceptable the pointless efforts of making the dialogue between Armenia and Turkey an end in itself; from this moment on, we consider the current phase of normalization exhausted.

During this period, I have discussed and continue discussing the future of the process launched with Turkey with Presidents Nicolas Sarkozy of France, Barack Obama of the United States, Dmitri Medvedev of Russia, as well as our colleagues in a number of European organizations. We are grateful to them for supporting our initiative, encouraging the process, and exerting efforts to secure progress. The matter of the fact is that our partners have urged us to continue the process, rather than to discontinue it.

Out of respect for them, their efforts, and their sincere aspirations, we have decided after consulting our Coalition partners and the National Security Council not to exit the process for the time being, but rather, to suspend the procedure of ratifying the Protocols. We believe this to be in the best interests of our nation.

Armenia shall retain her signature under the Protocols, because we desire to maintain the existing momentum for normalizing relations, because we desire peace. Our political objective of normalizing relations between Armenia and Turkey remains valid, and we shall consider moving forward when we are convinced that there is a proper environment in Turkey and there is leadership in Ankara ready to reengage in the normalization process.

While announcing to the world the end of the current phase of the process, which was launched with the September 2008 match between the national football teams of Armenia and Turkey, I express gratitude to President Abdullah G?l of Turkey for political correctness displayed throughout this period and the positive relationship that developed between us.

In two days, we will commemorate the 95th anniversary of the first genocide of the 20th century, the remembrance day of the Armenian Genocide. Our struggle for the international recognition of the Genocide continues. If some circles in Turkey attempt to use our candor to our detriment, to manipulate the process to avoid the reality of the 24th of April, they should know all too well that the 24th of April is the day that symbolizes the Armenian Genocide, but in no way shall it mark the time boundary of its international recognition.

We express our gratitude to all the states, organizations, and individuals that support us in deploring and preventing crimes against humanity. We are also grateful to all those Turkish intellectuals that struggle for the restoration of historical justice and share our grief. On this eve of the 95th anniversary, we call upon everyone to remember that the memory of one and a half million innocent victims exterminated under a state-orchestrated program merely for being Armenian continues to pose before mankind the demand for recognition and condemnation.

We are stronger today than ever before and stand straight as always. Henceforth, our efforts for a better Armenia, a better region, a better world, and a more solid unity of Armenians worldwide will only multiply. Rest assured that results will be visible all along.