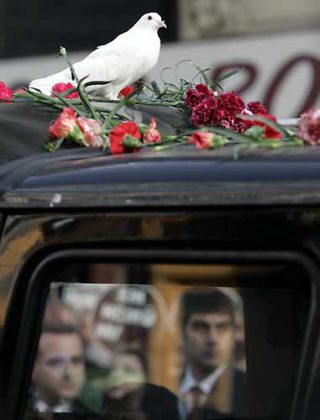 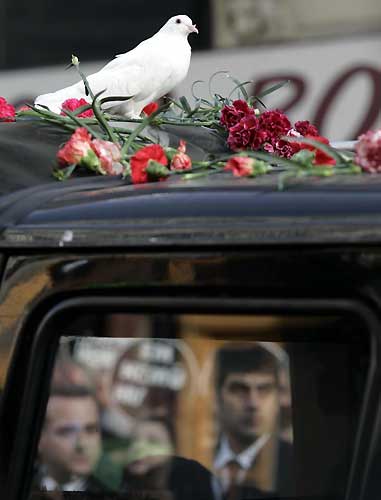 FOR those who care about Turkey, and its prospects of a European future, these are roller-coaster days. The country's well-wishers were shocked to the core by the assassination of a brave editor, Hrant Dink. Unbowed by a flawed judicial system and a crescendo of death threats, Mr Dink paid with his life for his efforts to make his fellow Turkish citizens, and his fellow ethnic Armenians, think anew about the horrors that unfolded in the final years of the Ottoman era.

But the public reaction to the murder, and the sight of 100,000 people walking through Istanbul to his funeral, affirmed one of the truths that Mr Dink upheld. Whatever fiery nationalists of any sort might claim, Turkey has never been a country of angels who can do no serious wrong, nor a nation of demons from which nothing good can come. Any honest look at history's hardest questions must start from there.

The same thought must surely have occurred to some Armenians from other places who went to Turkey, many for the first time, for this week's funeral. The fate of their forebears who endured death marches through Anatolia does not tell the whole story of relations between the Turks and the Armenians: the story has noble pages as well as black ones, and Mr Dink believed that both should be read. He was right.

If that history really is to be discovered, the least helpful thing a state can do is penalise those who question the official version. It is wrong to prosecute those who accept the view expressed by many contemporary observers: that in 1915, the authorities did not just relocate hundreds of thousands of Armenians, they tried to make sure most of them died. And it is just as bad to prosecute those who deny the Armenians suffered genocide, as a new French law would do. Even against deniers of the Nazi holocaust, argument is a better weapon than heavy-handed law.

There are clearly plenty of Turkish citizens who agree with all this: that was the message of hope from Mr Dink's funeral. It is not the first time that a display of Turkey's worst side has prompted a huge show of ?people power? by ordinary citizens. A decade ago, when a car crash exposed links between the security forces and the criminal underworld, millions of Turks protested. What such demonstrations highlight is the irrelevance of much of Turkey's formal political debate to its real dilemma: will its future be shaped by the freely expressed will of its citizens?as behoves a candidate member of the European Union?or by more shadowy forces such as extreme nationalism or an uncontrolled state? Whatever the setbacks, hope for the better way is very much still alive.

But if Mr Dink is to be honoured in death, popular indignation will not suffice. Recep Tayyip Erdogan, Turkey's moderate Islamist prime minister, should rescind Article 301 of the penal code which outlaws ?insults to Turkishness?. This sinister provision in a new code, which was supposed to modernise Turkey's legal system, has been a huge step backwards. It gives fanatics the chance to haul before the courts some of Turkey's best journalists, including Mr Dink, as well as writers and scholars. Worse, noisy prosecutions have exposed many people to the rage of hotheads whose reaction to straight talk about history is to reach for their guns.

It will take courage to reverse Article 301. But the murder of a man of principle has created a new climate in which things previously inconceivable become imperative. Mr Erdogan's European friends will cheer if he seizes the moment.

Source: The Economist (print edition)
Turkey and the Armenians
25 January 2007

Photo: From the funeral of Hrant Dink in Istanbul, 23 January 2007

Newer PostTime to think, as we cry for Hrant Dink
Older PostMessage on Hrant Dink