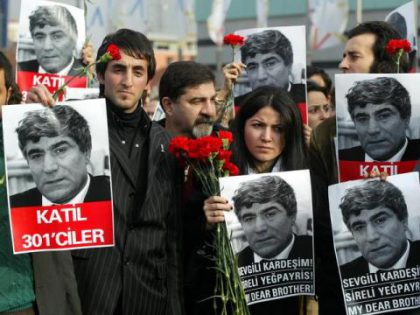 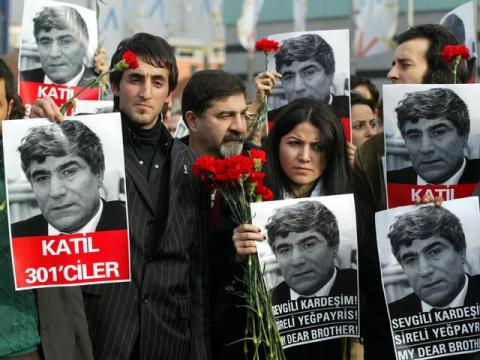 Since he was gunned down and laid down on the pavement covered in blood, Turkey has never stopped remembering him. If archives were scanned from from Jan. 19, 2007, from that Friday to yesterday, it would be seen that there was not a single day that we did not remember Hrant Dink, the slain Armenian-Turkish journalist.

If years from now we look back, the day on which Hrant was shot to be killed, will be regarded as a turning point for so many things in Turkey. Hrant was a man of emotion whom could be recognized for that easily by others and was full of joy. He was extremely loyal to this land.

And his biggest mission was the establishment of diplomatic ties between Turkey and Armenia, opening the border gate; in short, normalization in relations. This was his purpose of life; adding more meaning into his life.

So President Abdullah G?l will pay a visit to Armenia Saturday and meet his counterpart Serzh Sarkisian to watch the Turkey-Armenia football match for the World Cup qualifiers. This was exactly  Hrant's dream. Even if for nothing else, we, as his friends and his fans, wholeheartedly supported G?l's visit to Armenia. It was our voice of conscience.

Three years ago, in Nov. 2005, Hrant completed his book titled ?Two Close Nations Two Distant Neighbors?. This is the only book Hrant wrote and I requested G?l to read this book in my article the other day. His book was published in June by the International Hrant Dink Foundation, since its publication was delayed by others who were supposed to publish it. Now we have a guidebook on how to approach Turkey-Armenia relations.

Aside from his ardent and sentimental personality you will realize how important a man of thought he was, when you read the book.?Two Close Nations Two Close Neighbors? is one that can only be written by a veteran political scientist or political sociologist.

The author of this book views the Armenian world in three parts: ?The State of Armenia and its people is on one side, the Diaspora around the world is on the other and of course the presence of the Armenians living in Turkey although they have very limited role as an actor.?

The Turkish Armenians, he mentions in the book, created the most significant persona of the Armenian world. He was Hrant who was killed; his body was laid down in blood on the pavement Jan. 19, 2007. His modesty most certainly wouldn't have allowed us to present him as we did here. But we all know that it is so.

But how was he, Hrant, describing himself? Let's look at a few lines in the first paragraph of his book:

?I have two personalities. I am aware of both. First, I am from Turkey, a citizen of the Republic of Turkey? Second I am an Armenian. Although I am part of the Armenian community in Turkey I am, at the same time, a moral part of the Armenian Diaspora scattered around the world and I have kinship with them.

For all these reasons, if some people want progress in the Turkish-Armenian relations for some reason, I do have more reasons than what they have, at least twice as much. No matter which personality of mine is of interest to you, it doesn't make any difference. I, with my both personalities, see the progress in Turkey-Armenia relations and their normalization as my indispensible duty.?

Today, Sept. 6 is the anniversary of one of the most shameful pages of the near-past history of Turkey; Sept. 6-7, 1955. On the other side, today will perhaps be remembered as the anniversary of the ?new page? in solution to the Armenian conflict, of the ?biggest historic truce?.

In the epilogue, Hrant asks, ?The real question is this: How will Turkey resolve the Armenian conflict?? And his short answer is as follows:

?There is only one way to solve this problem which is exploited by the West against Turkey. And that is finding a way to have direct dialogue with Armenians. Channels of this dialogue should be opened from three separate points. The first is improvement of state-to-state or society-society relations. The second is the solution of problems Turkish Armenians having, without needing any external imposition or warning. The third is to gain the Diaspora Armenians who are Anatolian descents.?

We are heading to the Armenian capital Yerevan with ?Hrant's dream?. Every single moment we spend there will be a moment of silence for Hrant Dink.