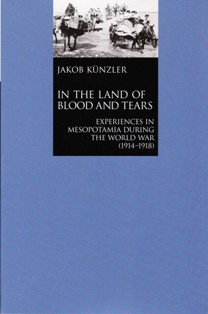 “In the Land of Blood and Tears” presents a unique eye witness account of how the Young Turk war regime carried out the Armenian Genocide in Urfa.

As a neutral Swiss, Jakob Kϋnzler was one of very few foreign observers allowed to stay in Turkey throughout the entire war.

From 1899 to 1922 he and his wife worked in a mission hospital where they attended the sick and the wounded, non-Muslim and Muslim alike.

His ability to converse in Turkish, Arabic, Kurdish, and Armenian allowed him to bridge many communities with his dedicated service, outgoing character and integrity.

Jakob Kϋnzler was an exceptional human being. A humanitarian, missionary and physician, he is rightly known as the “Father of Armenian Orphans.”

It was while back home in Switzerland on vacation in 1919/1920 that Kϋnzler wrote down his experiences in unadorned language. Not only does his writing provide detailed testimony to the horrors of genocide, it records the behaviour of key perpetrators, and the many ordinary people who participated and/or profited from the crime, all the while honouring the humanity of those Ottoman people who were rescuers.

Kϋnzler?s writing never gives in to the persuasion of sensationalism and it is this measured treatment of the tragedy that makes it all the more disturbing. The material has been translated from the 1999 German edition, edited and prefaced by Ara Ghazarians, and situated with a preface by Vahakn N. Dadrian and an introduction by Hans-Lukas Kieser (the editor of the German edition).

This source is essential reading for both the Armenian and Assyrian genocides.