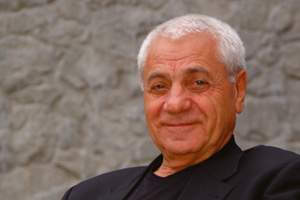 From performing for Stalin to composing the soundtrack to Gladiator, Jivan Gasparyan?s career has been far-reaching. The Armenian duduk player speaks about his music ahead of his performance at Womad.

What does the Womad festival mean to you?
I like taking part in this festival ? it gives musicians, dancers and people of art an opportunity to share enthusiasm for the music from other cultures.

How do people react to your music? You once played for Stalin, what?s different between playing for him and playing at festival?
I can obviously see that people really like my music, it?s very emotional to all listeners, but they react to it very differently. Some like to meditate and relax by listening to it, it makes some of them cry, others open their minds, think seriously. It?s about feelings. Yes, I played for Stalin, and it was an honour.

What do you want from the audience in Abu Dhabi?
To listen and enjoy wonderful music and sounds from different parts of the globe.

You started playing the duduk when you were six during a tumultuous childhood. What role did music play for you while growing up?
Music helped me survive and overcome hardships. Everyday I grew more serious. Music became a part of my life, a part of me.

You left Armenia during the revolution. What was it like to return? Would you ever leave again?
I love Armenia, it?s my home. I am always happy to be there. I never left it forever. There were hard times for the Armenian people. I like to travel, and I have concerts in Europe and in the USA almost every other month but I always come back home.

Any plans to retire?
It?s hard to think about it, especially when you feel you are still creative and have the strength to do more. But we all have to retire one day. I plan to compose and teach when I retire. My grandson, Jivan Gasparyan Jr, a very promising musician, is going to perform together with me at this festival. I hope the audience enjoys his music, too.

How would you explain the duduk to someone who?s never heard of it?
I would say it?s an oboe-like instrument, made of an apricot tree, which evokes all kinds of deep feelings in people, touching their hearts, and making them open their minds. It transfers them very slowly into their own world of imagination ? of course if it is in the hands of a master musician.

You collaborated with Hans Zimmer for the Gladiator soundtrack. Could you describe the experience?
It was one of the best experiences I have ever had. Hans Zimmer is a wonderful composer whose music makes the movies more and more impressive.

How often do people hear your music and say, isn?t that from the Gladiator?
Very often. In Armenia, Russia, they all like the movie and the music. Of course they know I perform in the soundtrack and are very proud of it, too. All the actors were perfectly chosen, and the music combines and completes the film?s best features. It makes the movie more emotional and powerful. I like the movie very much and enjoy watching it every time.

You also teach music. What is the most important lesson for an aspiring musician?
When you take this instrument made from a branch of an apricot tree in your hands, raising it to your lips, a miracle must take place as everything must wake up in that piece of wood and start to sing: the wind, the sun, the land of Armenia. This instrument is your soul, a part of you, you must learn to express your feelings through this instrument. You must work very hard to be able to do that.