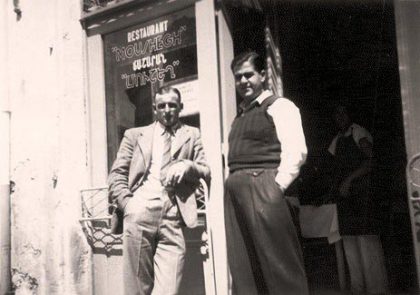 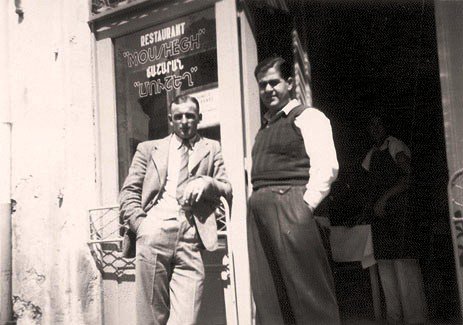 Nostalgic memories from Armenian-Cypriots who grew up in the small district of the walled Nicosia.

Until December 1963, within the walled Nicosia there was the Armenian district, which could be defined as follows: to the north of Paphos Gate, to the east of the moat, to the south of the fountain of Zahra street and to the west of the virtual line that formed the extension of Athanasios Diakos street towards Mula bastion. Although the majority of the residents were Armenian-Cypriots, the Armenian Quarter was far from monochrome, as many Turkish-Cypriots, as well as some Greek-Cypriots, Maronite-Cypriots, Latin-Cypriots and British used to live there. In fact, until the first years of the British Era, the area was also known as the Latin Quarter; later on it was split between the Karaman Zade and Arab Ahmed quarters.

On a March morning, I met with five Armenian-Cypriot ladies – Anahid Eskidjian, Rosemary Jamgotchian, Sirvart Kouyoumdjian, Annig Tourian and Elsie Utidjian – who recounted to me their nostalgic memories from the “colourful”, polyglot, multiethnic and full of smells Armenian Quarter.

“How was life for the Armenians in the Armenian Quarter”? From this question we got to everything else. “We used to wake up in the morning by the sound of our church bell”, says Mrs Sirvart, “the grown-ups would go to their jobs, while before going to school, we used to pass by the church, where we lit a candle before the miraculous icon of Saint George, to which the Greek-Cypriots also brought oblations”. Mrs Elsie intervenes here: “We stayed at school until 12:30, we went home until 2 and then back to school until 4”.

“What did the stay-at-home women do”? Mrs Annig smiling replies: “The everyday chores my son: knitting, cooking, washing-up, cleaning etc”. With the exception of Mrs Elsie, whose mother was a local Armenian, the families of the others were Genocide refugees, which is why they usually rented the houses in which they lived in. “Cooking was done with diesel, not gas”, remembers Mrs Sirvart, while Mrs Annig notes that “electricity in our homes was added around 1935 and this was for lighting only…” As a refrigerator was a luxury, the foods would be kept in a big armoire with wires and meat be bought on Saturday afternoon. The food and the sweets were plentiful, whereas each celebrating house would offer dishes to the neighbours too. The ladies say that most Armenian foods are similar to the Cypriot ones, their mode of preparation being the main differentiation.

Mrs Elsie, whose house was located on Tanzimat street, facing the moat, makes particular reference to the small forest on Roccas bastion, the so-called “andar”, from the Armenian word for forest. Mrs Rosemary remembers that “we used to go there after school and on the weekends to rest”, while the rest of the ladies miss the small picnics they used to have there with school.

All of them remember that, when walking the neighbourhoods, “you could hear Armenian almost everywhere”, which is not the case today, as Armenian-Cypriots are scattered across Nicosia. I too remember, from conversations I had in the past with the dear friend and ex-Headmaster of Nareg Armenian Schools, Mr Artin Aivazian, that even the Greek-Cypriot grocer of Victoria street, Mr Costas, had Learnt Armenian.

Several Armenian-Cypriot associations operated in the area: the “Armenian Club” (established in 1902), which had mainly local Armenians as members; the AGBU, which acquired a house in 1957, was in favour of Soviet Armenia; the short-lived, yet active, “Friends of Armenia Association” (Paregamats, 1944-1948); but mainly AYMA, established in 1934 and ever since the centre of Armenian-Cypriot social life, organising a multitude of social, athletic and entertaining events. Mrs Annig reminds us that “Hamazkayin” (established in 1949), active today within the grounds of AYMA, was between 1938 and 1949 a separate women's association called “Armenian Women of Cilicia Association”. Mrs Sirvart adds the “Armenian Poor Body”, which was established around 1935.

The dear Armenian-Cypriot solicitor John Matossian, living in London since 1973, has written the wonderful book “My Father's House, an Armenian Boyhood in Nicosia” (2005), in which the Armenian-Cypriot microcosm of Nicosia is recorded. Below, we quote a few words he wrote to us himself, on the occasion of this reportage:

“Ours was a small community composed of the old local Armenians and the Genocide refugees. Our quarter became Armenian around 1567, when the Venetians rounded up the Nicosia walls and almost 400 years afterwards, in 1963, the descendants of the Ottomans drove us out. The diversity was bewildering: scholars, dentists, labourers, mirror-makers, lawyers, hatters, merchants, taxi drivers, musicians, chefs, photographers etc. Looking back, I remember how colourful they were and I wonder how far the old traumas of the Genocide contributed to their gaiety?

Armenian-Cypriot life revolved around the church of the Virgin Mary on Victoria street, built in 1308 as a Benedictine abbey, which is why enchanting Crusader tombstones were found there. In my memories stand out the street vendors? shouts, the housewives? chatter from open doorways and the tired cars finding it hard to go through the narrow alleys. Victoria street itself started from the Latin church, later on we found the Armenian-Orthodox church, while at the end was the Arab Ahmed mosque; the Armenian Evangelical church was found on its extension. At times, the voice of the priest, the pastor and the muezzin would overlap.

The Armenian Quarter was cramped with houses with Ottoman kiosks and their characteristic shutters, with few pavements and even fewer trees, while on the lamp-posts I remember the plastered funeral announcements. Our houses had secret gardens (inner yard). My road, Tanzimat street, was a mixed one (Armenian-Cypriots and Turkish-Cypriots), with houses made of sandstone, on which other than the respectable families lived some rouged ladies ?”

This was the sort of life at the Armenian Quarter, this beautiful neighbourhood of old Nicosia. “It was very different from our present life”, says Mrs. Rosemary. This carelessness was interrupted for ever, when during the 1963-1964 Turkish-Cypriot mutiny, 231 Armenian-Cypriot families became victims to the Turks. Some families fled for 2-3 days to the grounds of the Melikian-Ouzounian school and the Virgin Mary church, until these places were also captured, while other families stayed for a longer period of time at the grounds of the Melkonian Educational Institute. “We the scouts set up temporary tents for them”, remembers well-known painter and architect John Guevherian, at the time a student at the Melkonian.

After the partial lifting of restrictions in movement by the occupying regime, in April 2003, Mrs Sirvart and Mrs Rosemary visited their house almost immediately. Mrs Anahid visited it when she went with the Prelate to see the church. Mrs Annig hasn?t gone yet, but she would like to see her house and the family shop. Mrs Elsie states: “l don't want to go there and see my home neglected, untended and a wreck”. In October 2010 she was deeply moved when I gave her two photographs of her house, an old and a new one, and she commended on the bad condition of the front door.

Most Armenian-Cypriots express their regret for what happened during the 1963-1964 period. They would like to see the church of the Virgin Mary operate again (as of October 2009 it is being restored by UNDP), they state that “we miss our neighbours”, but at the same time they acknowledge, with sorrow and with a heavy heart, that those times are irrevocably gone?