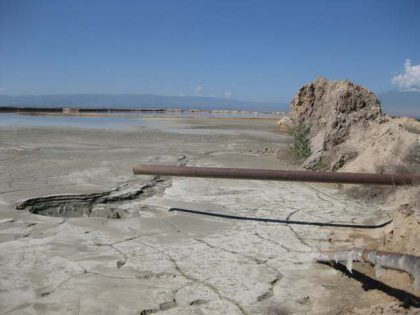 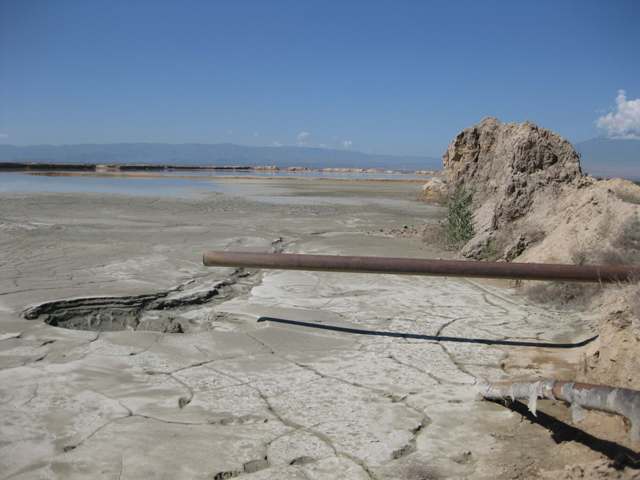 Preventing the misuse of Armenia's resources

Armenia's current “Law on Mining” has created most favorable conditions for mining companies.  The mining industry is permitted to dump its waste (waste rock and ore-processing waste ? the tailings) into the environment without paying the government any dumping fees.

When it became known that a new mining legislation is being developed, we assumed that one of the primary goals of it must be the regulation of the mining wastes, meaning that new regulations will include taxing the mining industry for the generated wastes.  However, in the draft of the new legislation on mining, which has been presented to Armenia's National Assembly, there is no mention of the word “wastes” in the direct sense of the word, only in a few articles we come across a term called “piles”.

Article 56 states, “The entity, which has received permission to mine mineral resources, is obligated to pay the prescribed fee for the monitoring of the mining landscape and of the area where piles generated from mining industrial activity are placed and for the purpose of securing the safety of the neighboring communities and the health of the inhabitants”.

Article 3 interprets the term “piles” as follows: “Produced piles are ? heaps of rocks generated during the exploration, mining and ore-processing and placed on the surface of the earth or into mountain chasms”.

As can be seen, an uncertain term “piles” has been replaced by another uncertain term “heaps of rocks”.  Although it?s very clear that these “piles” or “heaps” are piles of waste rock and of rock with certain mineral content, not useful for industrial processing, and that these “piles” represent also reservoirs of mine tailings.  In other words, “piles” are wastes generated by mining industry.  (Also, it should be noted that during the ore-processing no rock waste is generated, but tailings [slurry], which is poured into reservoirs).

While in the draft version of the new law on mining the mining wastes are concealed under the term “piles”,  Armenia's “Law on Wastes” does not even reflect upon these wastes generated by mining industry.

Article 2 of the “Law on Wastes” states, “The Law does not operate on waste rock from mining organizations.  The procedures of handling of these wastes are regulated by other laws and codes”. This article gives the impression that the only waste generated by the mining industry is the waste rock, while, in reality, the most voluminous and extremely toxic wastes are the discarded (unprocessed) mineral rocks and the mine tailings.  Also, there are no explanations given for the omission of the most toxic wastes and why, on what basis, the mine wastes must be regulated by laws other than the Law on Wastes.

In fact, Armenia?s current Law on Mining, the draft version of the proposed new Law on Mining, and the Law on Wastes have all omitted the regulation of mining industry's wastes intentionally.

The same intention of omitting mining wastes from regulation is obvious in Armenia?s law “Regarding the Nature Preservation Payment Quotas”.  For example, in this law, Article 3 states: “The placing (storage) fees for dumping industrial production and consumption wastes into the environment are set as follows, per ton of waste:

By what rationale are the mining legal entities allowed not to pay fees for dumping their toxic wastes (e.g., mine tailings) into the environment?

The following are recommendations which must be implemented:

1. Reject the draft version of the new Law on Mining and draft a new law based on the principle of common benefits for the people of Armenia.

2. The law must be developed independently of persons holding executive positions in the government and of persons with mining interests.  Also, in developing the law, grants from international organizations, foreign governments and persons with interests in mining industry must be rejected.

3. The new law must regulate ALL mining wastes and must tax the wastes.  The most toxic waste ? the mine tailings ? must be regulated under separate articles.  The requirements of the site selection for the placement of the tailings reservoirs, the requirements of the operation, of the maintenance and of the closure of these reservoirs, all must be reflected in these articles (maintenance of these reservoirs will require heavy financial allocations from the government for thousands of years).

4. Given the catastrophic state of the tailings reservoirs and their toxic effect upon the environment, and the damage caused by them to the health and to the livelihoods of the surrounding communities, the new law must incorporate articles which require to isolate these reservoirs from the environment as much as it is technically possible.

6. In case of damage to the environment and to the health and life of the inhabitants [of the surrounding villages], the responsible government officials and mining companies must be held accountable.

7. Foreign companies and individuals must not be allowed to carry out exploratory work in the Republic of Armenia, only the RA government must have the right for exploration.

8. The right to mine mineral resources must not be given to companies and to individuals, but to local communities and to unions of RA citizens, both of whom can become shareholders in publicly held mining companies, with over 51%  of the shares allocated to the RA government (in contrast to the current state of affairs, where mineral rights are given mostly to foreign companies, which, through  “investing”,  take possession of the wealth belonging to the nation, and also these are mostly private companies – closed to the public, which allows for abuse and over-exploitation of local resources),

9. It is necessary to regulate the utilization of current technologies in mining and in ore-processing, in order to extract the useful elements more efficiently and more thoroughly than it?s being done now.

12. A limit must be set as to how much mining is permissible, both in the number of mines and the size of each mine; also it must be decided which mines to exploit, which mines to leave for future exploitation, how much a mineral element can be mined annually,  how much of the mineral resource can be depleted annually, etc.  Also, recycling the minerals wasted in the tailings reservoirs will slow the pace of the exploitation of new mines.

Posted in Azad-Hye with permission