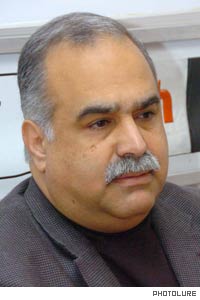 Yerevan?A couple of sentences in a non-binding resolution, passed by the House of Representatives foreign affairs committee on March 4, softly reaffirming the genocide of the Armenian people and the forcible dispossession of their homeland, has got Turkey threatening the world, the US administration complicitly trying to hush Congress by blocking a vote on the floor, and many Armenians celebrating a rare moment against the odds.  The Swedish parliament?s March 11 decision to recognize and then its prime minister?s extraterrestrial apology to Turkey have only raised the stakes.

But there is nothing to celebrate.

The Armenian people lost more than a million souls and their ancient patrimony in what US Ambassador to the Ottoman Empire Henry Morgenthau, a full generation before Raphael Lemkin coined ?genocide,? described in 1915 as ?race extermination.?  The US National Archives?together with those of Great Britain, Canada, France, Italy, and even Germany, a close Turkish ally at the time?comprise thousands of eyewitness, diplomatic, consular, and military documents which attest to this first genocide of modern times.

On the balance of commemorative bills and declarations, therefore, lies the integrity of Western civilization?not the perennial Armenian quest for recognition and redemption or even Ankara?s  long-standing policy of shameful denial.

If President Obama and Secretary Clinton want to renege on their previous commitments and so continue their predecessors? realpolitik in effective mockery of the exemplary American record, it?s their prerogative.  This resolution and the annual April 24 statement offered by the president are opportunities for THEM to set AMERICAN history straight and to pay due tribute to the US and European ambassadors, consuls, relief officials, servicemen, and missionaries who bore witness and worked relentlessly but ultimately helplessly to prevent the Armenian genocide.

Other than that, such initiatives and the standard Turkish response of blackmail and double jeopardy serve only to trivialize the unrequited crime against humanity which opened the twentieth century.  As a grandson of four survivors, I lose nothing more if Mr. Obama trumps his own history and his own conscience by not calling Genocide by its name.  It is he who must decide whether ?yes we can? was, like the White House, an end unto itself.

For Washington, Ankara, and other capitals in alliance, it is high time to uncover a few fundamental truths, whether they are self-evident or not.

1. By the vice of genocide the Armenians were fully and finally uprooted from their heartlands, which remain to this day under Turkish occupation.   Despite the beginnings of a civil-society movement in Turkey to face history and seek reconciliation through truth, the leadership of state continues to reap the fruits of genocide by denying it, criminalizing the very use of that term, laying pipelines across its killing fields, and asserting its existing de facto borders with Armenia despite the de jure frontier that was demarcated by T. Woodrow Wilson?s arbitral award and issued under presidential seal in November 1920.

2. Accordingly, Turkey has no standing to impose its preconditions of choice?removal of genocide recognition from the international agenda, ratification of the existing boundary as negotiated by the Bolsheviks and Kemalists behind Armenia?s back in 1921, and the gifting of Mountainous Karabagh to Azerbaijan?upon the establishment of diplomatic relations with the modern-day Republic of Armenia.  If Ankara wants in good faith to turn a new page with Yerevan, then it should do so by immediately lifting its unilateral blockade of Armenia, exchanging notes and then ambassadors, and building confidence to resolve the array of outstanding issues between them.  This cannot and will not happen through the signature and ratification of condition-laden protocols with an Armenian administration that lacks public mandate and basic democratic credentials.

3. Either the two neighboring nations move forward without the positing of any preconditions whatsoever or, if the Turks really insist on them, the Armenians must retrieve the symmetry of process and put all of their positions on the table as well.  These might include remedies, available under customary or conventional international law, of genocide acknowledgment, atonement, remembrance, and education; a comprehensive inventory and restoration of the Armenian cultural heritage; a guaranteed right of return for the progeny of genocide victims and survivors; a full restitution of properties to the original owners or their rightful heirs; a final territorial adjudication and provision of sovereign access to the sea.  If the parties prefer and possess the requisite self-confidence, they can entrust the whole package to the International Court of Justice.

4. Turkey has no ethical basis or maneuver room to pontificate about ?occupation? except in the context of its own dispossession of the Armenians, Kurds, Assyrians, Yezidis, Alewis, Greeks, and Cypriots.  As for the Republic of Mountainous Karabagh, whose constitutional foundations are even firmer than Kosovo?s or Abkhazia?s, it achieved its post-Stalinist decolonization by referendum held in compliance with both international and controlling Soviet law and then was forced to defend it against Azerbaijan?s Turkish-supported but nonetheless failed war of aggression.  If ever the rule of law really exists, Mountainous Karabagh has earned its independence and the right to be recognized?through legitimate liberation, not Ottoman-style occupation.  It appears today that the specter of military conflagration, threatened daily from Baku and between the lines from Ankara, could overcome the fragile cease-fire in place since 1994.

5. In all events, Germany and its postwar example of cleansing remorse, reparation and then leadership constitute the appropriate point of departure.  The Genocide and world inaction to punish its perpetrators begot the Holocaust.  Coming full circle, Turkey and its contemporary generation ought to consider taking the German high road before it?s too late.

As we approach April 24 and the great American proclamation on its 95th passing, these simple points might better inform policy and give a more meaningful ring to the words we use, the passages we recite, and the values we hold hallow.