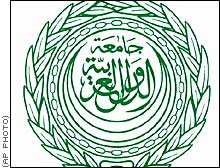 This move will bring closer to the Arab World, where about three hundred thousand Armenians live in , , , , , etc. Observer status for in the Arab League

enjoys good relations with the majority of Arab countries, although and exploit the Islamic factor to force these countries to vote in their favor, especially when it comes to the Karabagh issue.

Before leaving to , Voskanian praised the ties with the Arab countries and described the tense atmosphere that emerged in the region as a result of the Iraqi war in 2004 as having a “negative effect” on 's cooperation with the Arab countries. He noted that the situation in caused 's concern due to the presence of an Armenian community there. “ decided to take part in restoration programs in , sending a peacekeeping regiment there”, he concluded.

Newer Post'Orer': An Armenian window on Europe
Older PostNew premises of Armenian Embassy will be inaugurated in Abu Dhabi