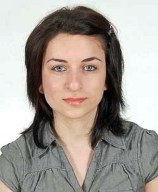 The protracted peace process between Israel and the Palestinians has made both parties and the international community sceptical about its chances of success. Although the two parties move from one phase to the next, they do so unwillingly under pressure from the US and local self-interested regimes.

Finding a solution to the conflict, or making significant progress, is advantageous to the United States, one of the members of the Quartet on the Middle East (the US, the UN, Russia, and the EU). Like many Presidents before him, US chief Barack Obama probably feels that a focus on the Middle East peace process may divert attention from other problems at home and abroad. In addition, the US does not want to lose its position of influence across the Middle East, something that has happened since the withdrawal of frontline troops from Iraq; Russia and the EU appear to have taken up the slack in their efforts to play pivotal roles. The US also has to repair its image amongst Muslims, which was tarnished during the George W. Bush presidency.

However, achieving that longed-for peace agreement is not easy, in part because the Palestinian Authority led by President Mahmoud Abbas is weak and limited to the West Bank; it does not express the will of all Palestinians, by any means. President Abbas holds no current mandate for his job, his term of office having expired in January 2009, and he is being kept in place by the Israelis and the US because he is tied to their agenda very closely. As long as the Palestinian “government” is unable to present a united front because one party is kept in place illegally while the other major group – the democratically-elected Hamas government now limited to Gaza – is shunned by the international community, any notion of a “two-state solution” is pure fantasy. Palestine needs a legitimate representative acknowledged by all.

The situation on the other side is not clear cut either: Israel's government is a coalition which includes supporters of the “Greater Israel” concept insisting on the expansion of (illegal) settlements across the occupied West Bank. This is, of course, one of the key issues for the peace negotiations to consider. The Prime Minister, Benjamin Netanyahu, appears to have softened his own stance on settlements as a result of pressure from the US. Other members of the ruling coalition support the two-state solution; Netanyahu's Deputy Prime Minister and Minister of Defence, Ehud Barak takes this view so finds himself at odds with the coalition leader.

Gidi Grinstein, founder and president of the Tel-Aviv-based Reut Institute, argues that the root of the problem in Israel is connected to the present electoral system that creates short and unstable terms of office with fragmentation between the legislative and executive branches of government. The current system of proportional representation often leads to a situation in which at least two out of three of the senior ministers of Finance, Defence and Foreign Affairs are the Prime Minister's political rivals. According to Israel's Citizens' Empowerment Centre, the Jewish state has had 31 different governments since its establishment in 1948 and has held 5 general elections in the last 11 years. The average length of each government is two years; for a minister, the average term of office is just 12 months.

While the issue of settlement expansion remains a contentious issue, the existing settlements themselves remain a problem for the Palestinians, built as they are on occupied land; this is illegal under the terms of the Fourth Geneva Convention. Their removal would be a huge task, as many like the settlement of Ariel, for example, are essentially cities in all but name. Finding a solution to the issue of settlements which is acceptable to both sides is crucial if dialogue is to continue. Given this fairly obvious point, it must be asked why Israel and the Palestinians have agreed to return to the negotiating table after so many false dawns.

In the Palestinians' case, the reason is much clearer; Mahmoud Abbas doesn't have his own political will. His weakness derives from non-recognition of his position by most of the Palestinian population and neighbouring Arab countries. The West and the US, meanwhile, are reliant on Abbas because they in turn do not recognise Hamas and he is more pliant to the Western agenda. Abbas himself needs to be party to a solution in order to try to boost his own standing in the eyes of the Palestinian people and the wider Arab world.

Israel needs peace with Palestine for several reasons. The nature of the conflict does nothing to help Israel's desperation for secure borders. Using the “war on terror” as an excuse to maintain the occupation against ordinary Palestinians is unacceptable and diminishes Israel's own case for statehood. As long as the occupation is in place, Israel will feel threatened by those struggling against it; people under occupation have every legal right to resist, so Israel also faces the possibility of pressure from the international community to ease its grip on the occupied territories. That will allow, for example, the Palestinian economy to grow, benefiting a nascent Palestinian state as well as Israel itself, which would have access to the labour pool in the West Bank and even Gaza. A prosperous Palestine on its borders is to Israel's advantage.

The deterioration of relations between Israel and Turkey following the assault on Gaza in 2009 and the hijacking of the Freedom Flotilla in May this year has isolated Israel. As a powerful country militarily and a strategic ally, Turkey was always some kind of guarantor of Israel's security. Turkey's revised orientation towards the Middle East has left Israel totally isolated in the region, with Ankara making a breakthrough in the conflict with the Palestinians a pre-condition for restoring close links with Tel Aviv. Cooperation still takes place in the military sphere, though; after the Gaza flotilla incident Israel delivered four unmanned aircraft to Turkey. Presumably, Israel has concerns about Turkey's intentions, aware of the fact that its erstwhile close ally is a member of NATO and has been trying unsuccessfully for EU membership, suggesting that previous alliances and policies were not entirely beneficial for Ankara. Turning the country into a regional power will, the government of Recep Erdogan hopes, make the US and the EU speak with Turkey on equal terms. Nevertheless, the outcome depends on the forthcoming elections in Turkey which may affect relations with Israel and the chances of a resolution of the Palestinian issue.

Waiting in the wings, of course, is Iran, perceived to be a threat by the West, particularly to Israel. The Jewish state's intransigence in its conflict with the Palestinians is one of the main bones of contention for the regime in Tehran and the Iranian president makes frequent announcements of support for the Palestinians in their struggle against the Israeli occupation.

An accord between Israel and Palestine will probably calm the Iranian people who share their government's position on the conflict even if President Ahmadinejad himself is not so popular. Moreover, the international concerns over Iran's nuclear programme focus on the threat it poses to Israel; it is in Israel's interests, therefore, to minimise that threat by finding a solution to the Palestinian problem. One way would be to bring Hamas to the negotiating table, as the Islamic Resistance Movement is, it is alleged, supported by Tehran.

All things considered, the current phase of the peace process gives little cause for optimism that a solution will be agreed upon. The absence of a unified government in Palestine, Israel's belligerence and different expectations are basic but very real obstacles to progress. Failure to reach a two-state solution may force Israel to consider other, more extreme, options; completing the ethnic cleansing of historic Palestine, for example, expelling all Palestinians from their land and creating “Greater Israel”. Alternatively, the Israelis could provide Palestinians with some degree of autonomy within Israel or grant them equal rights as citizens of the state. Such scenarios would not solve the problem entirely; they would merely put it on the shelf. Misperceptions of the cause-and-effect relationship between the conflicting parties could in any case have explosive results.

Angelina Harutyunyan is the Head of Public Affairs at Yerevan-based Political Developments Research Center. Angelina holds her Master?s Degrees from Yerevan State University in the field of International Relations and from Caucasus Institute in Political Science. For one year Angelina was working for the BBC Monitoring Yerevan Office at the Iranian Department. She was also an intern in the Center for International Administration and Human Rights of Corvinus University in Budapest and then an intern in the Republic of Armenia Government Staff. She was conducting research on the European Foreign and Security Policy and participated in a series of programs related to this field. Angelina is also interested in the developments in the Middle East and world security issues.

Reprinted with permission from the author.