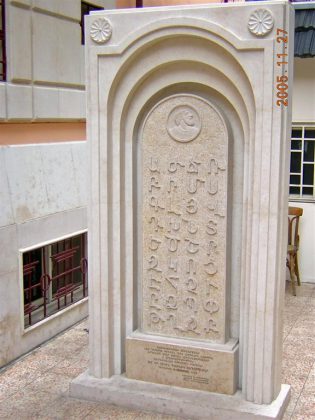 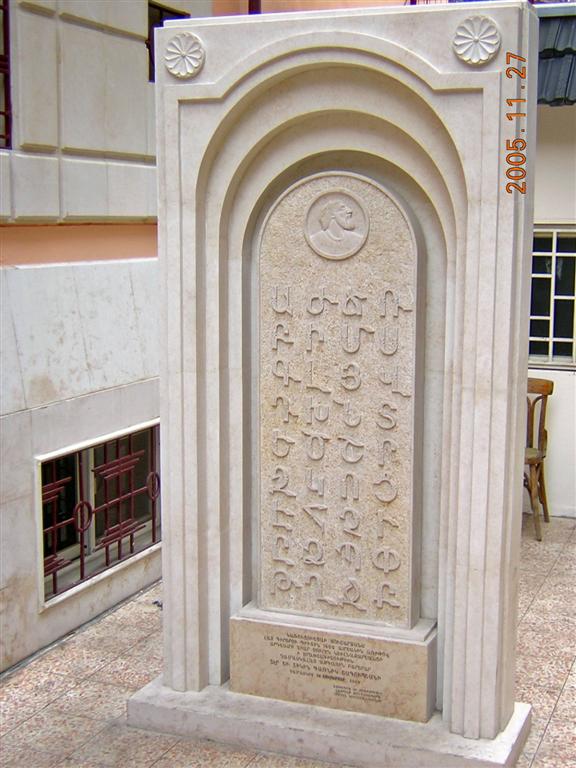 Davit of Sassoon is undefeated

The changes proposed by the Government to the law on language has recently become subject to heated public debate. It is natural and good that society express many opinions. This implies that we are gradually surmounting the legacy of the not-too-distant past. It is unfortunate, however, that those in favour of the chan?ges to the law are not putting forth reasonable counter-arguments to the political, legal, economic, psychologi?cal and cultural facts presented by their opponents, but are instead simply warping the essence of the issue in attempting to present the case as a manifestation of xenophobia and advocacy for self-imposed isolationism.

Let me first present my observations on certain thoughts expressed in these discussions, and then let me turn to the accusations directed at my person, particularly in the article ?Язык твой – враг мой?? (?Your language – my enemy??) in the political section of the 22nd of May, 2010 edition of ?Новое время? (?New Times?, a Russian-language newspaper in Armenia).

The main argument for proponents of foreign language-medium public education is that it would benefit the growth of Armenia?s competitiveness in the modern world, adding to our country?s economic development. These are completely baseless claims. In most of the countries of sub-Saharan Africa, the language of education ? from primary school up to universities, Ph.D. levels ? is English or French. In Finland, Japan and the Netherlands they are respectively Finnish, Japanese and Dutch. Now tell me, honestly, which of these countries are more competitive and developed? So the issue is not the language of education, but the nature and quality of the education. The emphasis must therefore be placed on the improvement of the educational system in general, especially on modernising the teaching of foreign languages. I understand that major resources are required for this. However, if we can take on a debt of 500 million dollars to complete abandoned construction projects, why can?t we do the same to improve an abandoned educational system from the ground up? Ultimately any investment in the educational field will be returned tenfold in future.

Nevertheless, it is necessary to stress that even the best educational system cannot assist in the development of the country as long as there is no free and fair competitiveness of knowledge in the market. Who can name any three wealthy people or three officials in high positions in Armenia who have achieved their success through their intelligence and knowledge?

The other argument of the proponents of foreign language-medium public education is that the choice of language is a human right and parents ought to have the right to decide for themselves in which language their child will receive his or her education. I should first like to know that since when have they been thinking so much about human rights? Next, let us not be more respectful of human rights than Canada. As you know, Canada has two official languages ? English and French. But parents are not free to manoeuvre between two equivalent official languages or to choose between them. For example, by an official language act of 1974 in Qu?bec, it is mandatory for all to enrol their children in French-language schools. There is an exception only for five groups, mainly for native Anglophones and foreign citizens. Without delving too much into the legal details, let me say that if you are Qu?b?cois and live in Qu?bec (in our case, if you are Armenian and live in Armenia), you cannot have your children attend an English-medium school. Any argumentation that an education in English would render your child more competitive in gaining employment in the United States or Canada would not pass. Public schools in Qu?bec are taken to be pillars of maintaining the francophone identity, and not employment offices. For specialisations, there are universities.

Let us now turn to the aforementioned article. My citing the fact that an overwhelming majority of those buried at Yerablour (the national cemetery and memorial in Armenia to those fallen in war) had an education in Armenian was found by the political section of the paper to be ?oчень бестактно? (?very tactless?). Now it is my turn to be astonished. What I said was simply the expression of a fact. Would you get upset if someone said that it is bright during the day and dark at night? These are simply facts, and one should not get upset at facts. Facts can be refuted. If, as I had said, you take a hundred names at random from Yerablour and prove that what I stated was incorrect, I would be willing to apologise in the pages of your newspaper itself. Until then, I insist upon what I said. Numbers do not deceive.

Dedication to one?s country and people is not only and not so much conscious behaviour, as a sub-conscious choice which is rooted in linguistic and cultural perceptions. Nevertheless, I have never claimed and do not claim that individuals cannot perform patriotic acts without knowing their mother tongue or without having a basic or deep familiarity with the culture. I would like to mention at least two more people to add to the ones mentioned by the paper ? ?Commando? (Arkady Ter-Tadevosyan), Kristapor Ivanyan and Monte Melkonyan ? namely, Norat Ter-Grigoryants and Anatoli Zinevich. Two great military figures, with absolute Russian-speaking background, whose names are rarely recalled today, but whose role in the liberation of one portion of the eastern part of the Armenian Homeland is undeniable. I bow my head to the memory of all the fallen, and before all the veterans. But it is clear that, by the fact alone that these people are named individual?ly, they form exceptional cases, which confirms the necessity of a linguistic and cultural connection. In 1989, more than six thousand Armenians were serving as officers in the armed forces of the USSR, a vast majority of whom were absolutely Russophone. How many came to provide their specialised skills in service of their homeland? Wouldn?t you say that if their linguistic and cultural perceptions were more closely connected with their own homeland, that they would have come in greater numbers? Wouldn?t you say that, out of the over one million Armenians in the US, of which a significant proportion have lost their ability to speak Armenian, many more would have showed an immediate participation in the liberation of our homeland if they spoke the language? If we compare these facts with the Armenian communities of Lebanon and Iran ? communities ten times as small ? what was said would not need any additional backing? In that very United States, when the country entered the First World War (in 1917), thousands of Armenian-Americans from what was then a small community conscripted as volunteers to liberate their homeland. Wouldn?t you say that it had something to do with the fact that they spoke Armenian? I repeat that exceptions do and will always be found, but the big pic?ture is clear: speaking and thinking in one?s language significantly affects one?s conduct vis-?-vis the nation.

One more point. The columnist asked in which language I have read Ludwig Wittgenstein?s work. Let me answer: in Russian. If I, an alumnus of an Armenian school, have the capacity to read philosophical works in Russian, then why can?t others do so? If my Armenophone friends and I have it in us to win prizes in academic competitions held throughout the USSR in linguistics, philosophy, political science and history, why can?t others do so now, when opportunities to study languages are incomparably greater? We arrive at the same conclusion that there is nothing in the medium of instruction; what makes a difference is the quality of education and the level of teaching languages in schools. If the teaching of languages is not being improved in public schools, then there must be no public demand for it. And that demand does not exist, because academics in our country has the status of a servant to the bureaucracy. Also, as long as the discussion is about my person, let me bring in another example. When I was admitted to the Faculty of Oriental Studies of Yerevan State University, I did not know a word of Persian (Farsi). But three years later, I was already employed as a translator of Persian to and from Russian. I would like to emphasise that I was no exceptional case; there were those who did even better. I mean to say that, if the instruction is good and the desire exists, one?s college years are sufficient alone to learn foreign languages.

One more factor, and let us limit ourselves with this much for now. I have never been against, nor am I now against teaching foreign languages in Armenia; I am against instruction in foreign languages in Armenia in public schools, and at the expense of the Armenian taxpayer. This has always been my position. I remember well all of our excitement in the ?80s when the first Persian-medium school was opened in Armenia. I was for it, and I am even for having a few schools teaching Turkish, as there is political, economic, strategic and cultural necessity for it.

I graduated from Armenian school #114 in Yerevan (now named after Khachik Dashtents). Apart from the Armenian language, we studied two foreign languages ? Russian and English. We had one period each of English every day and, after a certain age, a weekly period every year of history, geography, grammar and technical translation in English. This means that there have been cases of adequate teaching of two foreign languages in Armenian schools, and so it could be possible to expand on it. It is another matter that it would be laborious and expensive, also demanding professional knowledge and dedication to the homeland, which it seems that the proponents of the changes to the law on language do not possess. They are taking the easy route, but the easy route is not always the right one.

The hero of our national epic, David of Sassoon, was undefeated. He was undefeated, that is, until he was brought down by his own nephew. Are we to be so short-sighted as to be defeated by our own selves?