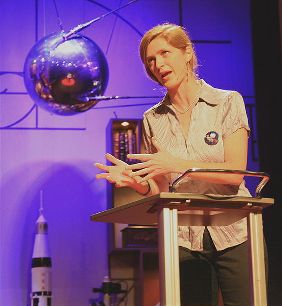 Why Samantha Power must resign

Samantha Power, Senior Director for Multilateral Affairs in President Obama?s National Security Council (NSC), has failed the American people and her own principles regarding genocide recognition.  She must resign.

Let?s look at how Power got into this sad state of affairs. Power is, of course, the well-known, highly regarded genocide studies specialist.  Her Pulitzer Prize-winning book on genocide, A Problem from Hell: America and the Age of Genocide, harshly criticized policymakers in the U.S. who ?avoid use of the word genocide? and are slow to ?reckon with? genocide.  Chapter One, ?Race Murder,? focused on the Armenian genocide.

Following the book?s publication, many Armenians saw Power as a sort of heroine. Indeed, two years ago, her Time magazine article (The U.S. and Turkey: Honesty Is the Best Policy) argued for passage of the Armenian genocide resolution in Congress. She condemned President Bush for ?avoiding honesty? in opposing it and for not correctly characterizing the Armenian ?genocide? as such.  And yet President Obama himself  – Power?s boss – just avoided the ?G word? in his April 24 statement about 1915.

A President without Principle

Obama imitated his three predecessors (but not Reagan, who acknowledged the Armenian genocide in 1981) by using words such as ?massacre,? not ?genocide,? in his statement.  Obama tried to score points with Armenians by tossing in the term ?Meds Yeghern? – great catastrophe.  In reality, Armenians themselves rarely use that term to refer to the genocide.  The Armenian word for genocide is actually ?Tseghasbanoutyoun? – race killing.

If Power advised Obama to acknowledge the genocide, he obviously rejected that advice, and broke his own pledges.  If, on the other hand, she advised the president to not use the ?G word? because Armenia and Turkey will allegedly establish a ?joint historical commission? on 1915, she was woefully misguided.  Turkey would ensure that such a body could never come to a timely and definitive decision.  It also makes no sense for Power or Obama to support such a ?commission? since they themselves previously affirmed the factuality of the genocide.

And let?s put to rest the myth that reaffirmation of the genocide could harm the United States. Turkey depends on America for sophisticated military weapons, support for billions in loans from the World Bank and International Monetary Fund, advocacy for Turkey?s membership in a reluctant European Union, and much more. No country that has acknowledged the Armenian genocide has ever experienced much more than rhetorical Turkish reprisal.

Notice that since Obama?s dishonest April 24 declaration, Power has said nothing to Armenian Americans.   No explanation.  No apology.  Nothing.

And let?s understand that Power was directly complicit in having voters believe Obama?s genocide promises. Last year, Power made a 4-minute video in which she passionately appealed to Armenian Americans to support Obama.  He had, she said, read A Problem from Hell and understands ?genocide prevention and the costs of denial.?  He?s a man of ?unshakeable conscientiousness? who ?can actually be trusted.?   She urged the Armenian community to ?take my word for it.?  Naively, many did. ?Armenians,? she also said, ?have always taken me seriously.?  Yes, but at this point in time, only if she resigns.

Frankly, I?ve had reservations about Power?s commitment to justice for Armenians ever since her April 24 genocide presentation at Tufts University several years ago.  She seemed to disparage Armenian demands for reparations.  ?Do you really want,? she asked the largely Armenian American audience, ?a check from Turkey??  I stood up and pointed out that Armenians were seeking material restitution for the Armenian nation as a whole, not ?checks? for students to squander on clothes and cars. She has since received documentation about the exact nature of Armenian demands.

Whatever her excuse, Power appears to be precisely the kind of official whom she excoriated in her book and article, one who ?avoids use of the word genocide.?

The only way she can distance herself from the unprincipled political calculations of President Obama and Secretary of State Hillary Clinton, whom she once labeled ?a monster,? is to resign.

Understandably, no one wishes to give up the power and prestige of being an NSC director.  Power?s association with Obama even brought her romance.  Last year she married top Obama advisor and Harvard Law School professor Cass Sunstein.  The president and Sunstein were friends and colleagues for 12 years when they taught at the University of Chicago Law School.  Sunstein is reportedly in line for a White House appointment. Sunstein could be embarrassed if his wife resigned from the administration.  But no more than Power would be if she does not resign.

Power really has only two choices.  She can resign.  Or she can lose the trust and respect of the American people.

The author is an Armenian American freelance writer who initiated the campaign against the genocide denials of the Anti-Defamation League.

The power of a simple letter