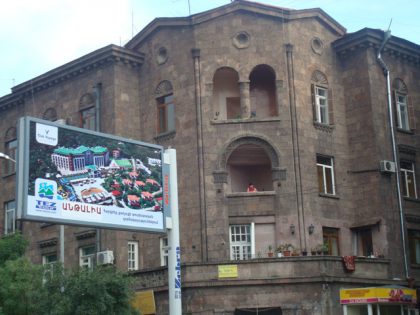 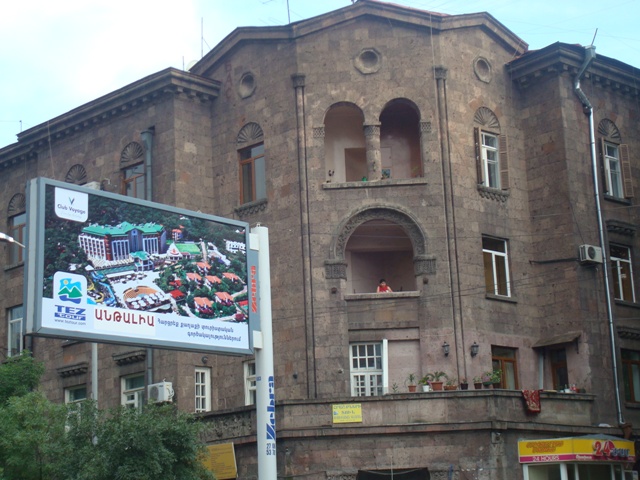 Another summer expires, and another vacation season starts to wind down, except for citizens of Armenia heading to Antalya, where the season continues well into October.

In 2009 some 50,000 such Armenians vacationed in Turkey, many of them in Antalya on the Mediterranean. In 2010 that embarrassing statistic soared by 30% for tourists headed to Antalya. Next year?s expected increase in the number of Turkey-bound Armenian tourists will be even more painful and incomprehensible to people who see the vacations as an insult to the Armenian nation.

At least two charter flights per week served the Yerevan-Antalya route in July and August. The aircraft were leased from Armavia, Armenia?s national airline. Ani Tour, one of the Armenia tour packagers, is planning to offer next year additional Turkish destinations such as Bodrum.

These shameful vacations by citizens of Armenia are a knife into the heart of the Armenian nation. Let?s consider why they are wrong, wrong, and wrong.

It?s immoral for an Armenian to vacation in Turkey, including the ?pilgrimage? to Aghtamar in mid-September.

These selfish vacationers, who are opting for Turkish destinations, are sabotaging the Armenian campaign to persuade Turkey to recognize the Genocide, and to make reparations.

These unconscionable tourists send the wrong signal to the government of Turkey and to governments around the world, making them believe that we have conceded defeat in our struggle against Turkish intransigence and denialism.

These sunny vacation destinations are located in areas where Armenians inhabited for thousands of years, and where they were either slaughtered or driven out by the Turkish government barely a century ago.

These outrageous vacations help boost the economy of our enemy?the same enemy which is blockading Armenia and is aiding Azerbaijan (Turkey Jr.) politically, diplomatically and militarily.

Impoverished, cash-strapped Armenia can?t afford the outlay of millions of dollars, via these abominable vacations.

A typical one-week Yerevan to Antalya vacation costs $750, while other vacations can have a price tag as high as $2,000. According to global economic surveys, the average annual income of an Armenian citizen is 101,700. This is about $2,700 per year or $225 per month. In other words, the price of an Antalya vacation is equal to three months of wages for the average Armenian. Imagine a North American, with an annual income of $50,000, spending $17,000 for a week?s vacation.

So who are these citizens of Armenia who are spending $750 for a week?s vacation in the enemy?s resorts? Obviously, not the average citizen of Armenia, but the financial elite who have swallowed the Western Dream (the divine bottom line, the focus on the pleasure principle, taking care of numero uno first and foremost) and don?t give a dram for the national interests of Armenians.

It?s not as if these outrageous vacationers have no non-Turkish options. In northeast Black Sea, hour or so flying time from Yerevan, there are seven Russian towns dedicated to tourism, according to Oliver Bullough?s recent book??Let Our Fame Be Great.? Anapa, at the northern tip of the Black Sea Riviera, has 600 hotels, reports Bullough. South of it are the mostly-resort towns of Novorossiysk, Gelenzhik, Arkhip Osiparka, Tuapse, Lazarevskoye, Sochi, and Adler. Near Sochi is Krasnaya Polyana, the locale of the Winter Olympics in 2016. West of Anapa are the famed resort areas of Crimea and the Sea of Azov.

Away from the former Soviet resort areas are other great tourist destinations such as Lebanon, Egypt, Jordan, the United Arab Emirates, perhaps Iran. Closer to home are Shusha and Kelbajar, top vacation destinations in Soviet times. But typically, the government of Armenia has shown no initiative, other than talk, about building an airport in Artsakh. Thus a trip to these two Artsakh destinations involves four hours of driving. And typically for the government of Armenia, it allows its national airline?Armavia?to lease planes to the money-hungry opportunists who want to send Armenians and Armenia money to Turkey. A month ago, when the Jordanian opposition parties and unions protested the Amman government?s decision to allow the promotion of tourist packages to Israeli-occupied Arab Jerusalem, the government backed down. Why don?t Armenian political parties, which are opposed to these disgraceful Turkish tour packages, don?t tell the Serzh Sargyan government to discourage these vacations? Meanwhile, the Armenian government has no accurate statistics about the number of Armenians vacationing in Turkey because Yerevan-based tour packagers are reluctant to reveal the disgraceful numbers.

Last but not least?Turkey isn?t the safest country for Armenians?resident or vacationer. This past summer a pregnant Armenian vacationer (Ann Davityan) was killed in Antalya. Her body, which the murderer(s) dumped into a canal, had signs of torture. Because Yerevan and Ankara have no diplomatic relations– thanks to the latter?s bellicosity–it took many days to transport Ms. Davityan?s body to Yerevan. As well, members of an Armenia family vacationing in Turkey were beaten by the staff of their hotel and then detained by police. After spending a night in jail, the family was allowed to return to Armenia. Yet Yerevan did not protest to Turkey or inform citizens of Armenia what could happen to them on a Turkish vacation.

When Armenia became independent, thousands of small merchants?many of them women?travelled to Istanbul, to import consumer goods to Armenia. This was an unfortunate but understandable development since Armenians were desperate for consumer goods and the budding amateur merchants?nicknamed ?suitcase bizinessmeny??were in dire need of money. That phase was something the Armenian nation could understand, but vacationing in Turkey is another kettle of fish.

These vacationing Armenians are putting their pleasure ahead of the vital interests of their people. They are stomping on Armenian national rights for a week in the sun. They are selling their national patrimony for a suntan.

In the ?60s, when Turkish movies began to appear on Beirut theatre screens, the Armenian community successfully urged Armenians not to attend these asinine Turkish soap operas and comedies. If the Lebanese-Armenian leaders could drive the made-in-Turkey movies out of town, why can?t the Sargsyan administration put a stop to this humiliation?

One wonders what the ?Armenian? vacationers think as their Airbus 300 flies over historic Armenia. Do they look outside the plane?s porthole and think of our countless scarred and imprisoned monuments 30,000 ft below? Do they invest a second in thinking of Haig Nahabed, Medzn Dikran, the Mamigonians, Movses Khorenatsi, Toros Roslin, the Cilician Kingdom, Khrimian Hayrig, Taniel Varoujan, Gomidas, Kachn Antranig, Aghpur Serop? and the 1.5 million Armenians slain by the government of Turkey?

?Amot? to these vacationing pseudo-Armenians.