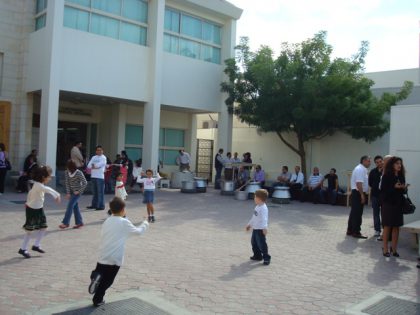 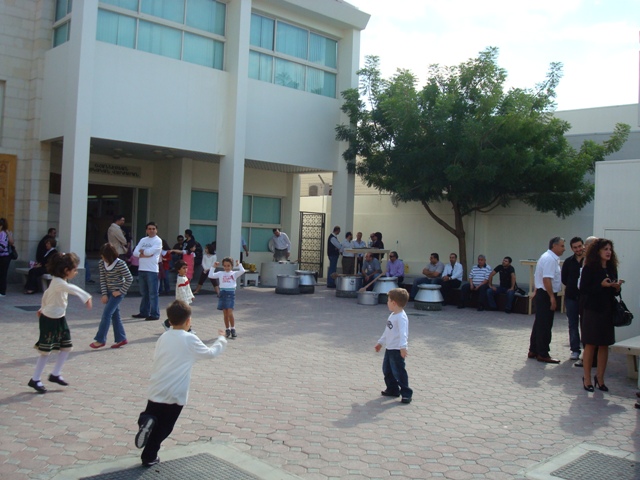 The Board of Trustees of the Ohannesian Armenian Weekly School in Sharjah has formed a group of female teachers who will voluntarily work on organizing off-school activities, with the aim of bringing the students, their parents and friends of the school together.

In an announcement circulated on 18 January 2009, the Board of Trustees expresses its belief, that “with these activities the Armenian Community center will get more vibrant, Armenian children will be able – through games, movies and competition – to accumulate more knowledge, feel closer to their friends, to love and feel attached to the school, the church and any other Armenian institution in general”.

The circular emphasizes that “through dinner, music, songs and games, a club atmosphere will be created for the Armenian parents and friends of the school”.

In order to know more about this project, the Board is inviting to a pilot project called “Introduction Dinner” which will take place on 22 January 2009, starting 7pm, in the churchyard of the Armenian Community Center in Sharjah. Members of the above mentioned group of teachers will prepare a traditional Armenian food (Gavourma). Activities such as bingo and general knowledge quiz will be arranged in a background of Armenian songs and music.

The rate of participation is very reasonable: for adults 25 and for children 15 UAE dirhams, which equalls about US$ 9.00 and US$ 4.00 respectively, including food consumption. As the weather is cool, it is recommended that the attendants cover themselves with additional clothes. Prior reservation required through Vartoug Karagoullian (050-5372909). Members of the group are: Aline Bedourian, Ani Kavlakian, Maral Manjikian, Nora Segian, Nvart Tngerian and Vartoug Karagoullian.

We have always been in favor of activities that bring the Armenians together. Actually, it was high time to utilize the community center with such kind of social activities that strengthen the bond amongst the Armenians, beyond the official religious, national and other ceremonies and gatherings.

Few months ago, we have sent an official letter to the National Council asking to use the Community Center for these and other purposes (see our letter here). Frankly speaking, we did not expect that the answer would come from the Board of Trustees of the School in the form of the above circular. We always thought that the Board of Trustees would be preoccupied with educational and pedagogic matters. The challenges facing the Weekly school are so immense, that we did not think the respectful members would be able to indulge in activities that are the responsibility of others.

Now that the Board of Trustees of the School has come forward to take care of the entertainment and social needs of our community, we are worried that it will not be able to focus on its pure educational and pedagogical objectives.

Photo: The churchyard of the Armenian Community Center in Sharjah. A place that can be used for social get together and bonding amongst Armenians.