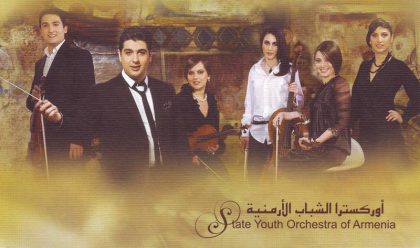 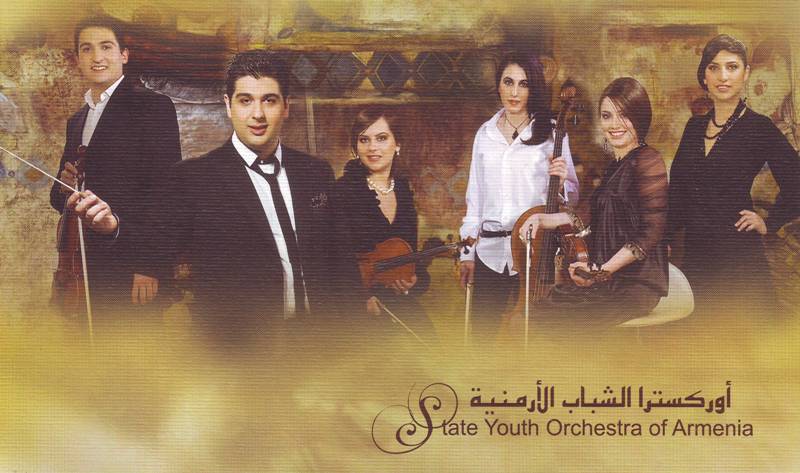 State Youth Orchestra of Armenia was founded in November of 2005, with the efforts of the students of Yerevan Komitas State Conservatory.

The principal conductor of the Orchestra is Sergey Smbatyan a young conductor, violinist, laureate of many international competitions.

Many of the musicians of the Orchestra are laureates of international competitions and scholars of Vladimir Spivakov's international fund.

The Orchestra appeared with its first concert on the 25th January 2006.

The concerts of young musicians are always honoured with high estimation by the professional musicians, the public and the mass media.

In January 2008 the Orchestra obtained the status of State Youth Orchestra of Armenia.

The above notes were prepared on the occasion of the visit of the State Youth Orchestra of Armenia to the United Arab Emirates in May 2009, organized by the Abu Dhabi Authority for Culture and Heritage, in coordination with the Armenian Cultural Association of Abu Dhabi.

See details of the event here.