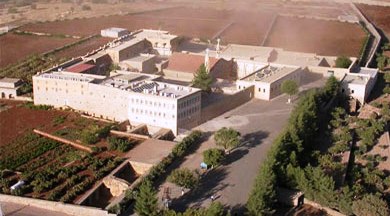 Some, but not all, want to improve the lot of Christians in Turkey

IT IS well known that Kurdish tribes took part in the mass slaughter by the Ottomans of around 1m Armenians in 1915. “Collaborating Kurdish clerics pledged that anyone who killed an infidel would be rewarded in heaven with 700 mansions containing 700 rooms, and that in each of these rooms there would be 700 houris to give them pleasure,” says Mala Hadi, an Islamic sheikh in Diyarbakir.

The sheikh is among a handful of local leaders seeking reconciliation with the Kurdish region's once thriving Christians. “We are ready to face the past, to make amends,” promises Abdullah Demirbas, mayor of Diyarbakir's ancient Sur district. To atone, Mr Demirbas has been providing money and materials to restore Christian monuments in Sur.

These include the sprawling Surp Giragos Armenian Orthodox church where, until recently, drug dealers plied their trade amid piles of rubbish. It is now squeaky clean and even boasts a new roof.

Yet in the neighbouring province of Mardin, Kurdish tribes continue to harass the handful of Christians who remain. Their main target is the Mor Gabriel Syrian Orthodox monastery. Perched on a remote hilltop, this 1,600-year-old monastery faces five separate lawsuits contesting its right to retain land that church leaders say they have owned for centuries but have been unable to register because of bureaucratic stonewalling. Two cases were brought by Kurdish villages dominated by the Celebi tribe, which some accuse of participating in the bloodletting of 1915 and now provides men for a state-run Kurdish militia fighting separatist PKK rebels. (One tribal leader, Suleyman Celebi, is a member of parliament for the ruling Justice and Development, or AK, party.) The others were begun by the government and rest partly on a law providing that farmland which lies fallow
for more than 20 years can be reclaimed by the state as “forest”.

Otmar Oehring from Missio, a German Catholic charity, calls the cases “baseless” and says “the state's actions suggest it wishes that the monastery no longer existed.” He points to systematic persecution of some 2,000 Syrian Orthodox Christians living in and around Midyat.

“The Syrian Orthodox community beyond the monastery has suffered repeated attacks, with land around villages often set on fire. The perpetrators are unknown, but are thought locally to be either local Kurds or the Turkish army, or both, he notes in a report published last month.

The plight of the Syrian Orthodox in Midyat flies in the face of AK's efforts to improve the treatment of Christians. Greater freedom for non-Muslim minorities is among the European Union's main demands on Turkey, which is hoping to join. The AK government has made a string of gestures: restoring an Armenian church in Van and opening it to worship (if only once); giving free Armenian-language textbooks out in schools; and sending out orders from Recep Tayyip Erdogan, the prime minister, that Christians must not be ill-treated. None of this impresses Samuel Aktas, the bishop in charge of Mor Gabriel. He has vowed to take his case to the European Court of Human Rights. “I have remained silent in the face of these injustices; but no longer so,” he declares.

Cosmology: Going round in circles