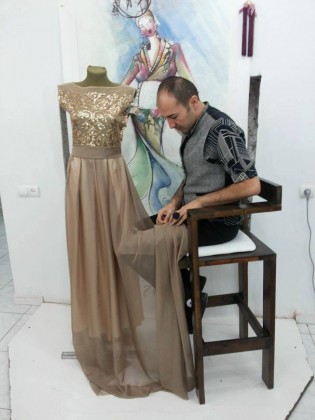 (Azad-Hye Special: By Emma Karapetyan) Fashion is one of the rapidly developing industries in Armenia. Recently a new fashion hall was opened on 9 Garegin Nzhdeh street in Yerevan, with completely unique concept.

We met Artyom Syunetsi, the Founder and Director of this new enterprise, who is originally from the Province of Syunik in the South of Armenia, more specifically from the city of Goris.

Artyom was not planning to be involved in the fashion industry in the beginning of his career. In 2000 he was admitted to State Song Theater of Armenia, then continued his education at the “Theater for Young Audiences” and the French Education Center. He has worked at Teryan Cultural Center, Atex Fashion Center and other centers.

For Artyom creating costume designs has been a new addition, but something that came as a result of deep inspiration and sense of duty.

The fashion house is a truly new path for the beginners. Artyom contributes by financing startup young designers through his “Green Path” Fund.

His fashion center aims at injecting new impetus into the Armenian fashion industry, thus reviving the old styles and enabling the creation of new styles.

The fashion house offers free courses in artistic modeling supervised directly by Artyom. The stylistic secrets, garment care and hygiene issues, theatrical art, inner sense, aesthetics, etc., are all included in these courses. Moreover, work is available in the fashion house for the most successful graduates.

Another important principle adopted by the Artyom Syunetsi is the concept of helping others. He donates part of his profit to charity organizations.

“Our goal is not only establishing and developing our business, but also to witness the development of the fashion industry with a new spirit”, he states.

The team is currently involved in the preparation of a series of ancient Armenian costumes, with particular emphasis on royal dresses. 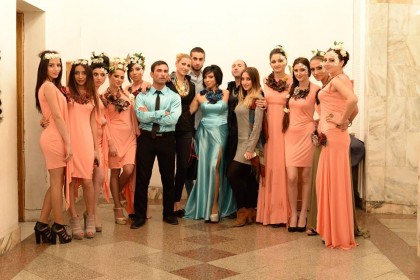 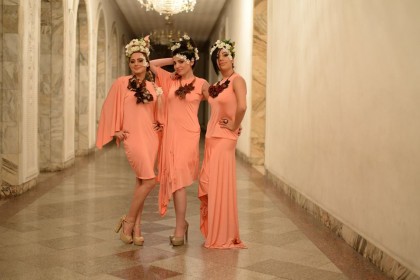