– Employment Oppotunities for Armenians in UAE

Several decades ago, Armenians, mostly single men, came to the United Arab Emirates (UAE) to work for a few years and return to their home countries after securing some income. Thanks to the hospitable environment, the newcomers remained, got established and the community started growing.

In 1979, a young clergyman, Father Oshagan Choloyan, from the Catholicosate of Cilicia, in Antelias, Lebanon, visited the area to evaluate the Armenian communities living there. What he found was very encouraging. There was a church and a school in Kuwait, which kept the community lively and active. The Armenian Community in the UAE, on the other hand, was just getting itself organized. In 1980, Father Oshagan was appointed in Kuwait as a Catholicosal Vicar for the area including Kuwait and the Gulf countries.

Since then, UAE Armenians (living mainly in Sharjah, Dubai and Abu Dhabi) formed well-organized communities with National Councils, various sub-committees, Churches (Saint Gregory the Illuminator Church in Sharjah, since 1998 and the Holy Martyrs' Church in Mussaffah area in Abu Dhabi, since 2014), Community Center in Sharjah and weekly schools in Sharjah and Abu Dhabi, where children come together to learn the mother tongue.

The community has grown and prospered thanks to the hospitality of the late president of the United Arab Emirates Sheikh Zayed bin Sultan al Nahyan and his successor, current President Sheikh Khalifa bin Zayed Al Nahyan.

The Armenian Cultural Association which operated from 1990 to 2010, organized many cultural events for the UAE general public by inviting artists mainly from Armenia.

The Armenian Prelacy of United Arab Emirates and Qatar is based in Mussafah, Abu  Dhabi. In 2013, Very Reverend Father Mesrob Sarkissian was appointed as Catholicosal Vicar.

Since 1994 a Prelacy Council (Temagan), also known as Legislative Body, is elected once every four years to supervise the community life, according to the Constitution.

The parish pastor of the United Arab Emirates and Qatar is Rev. Fr. Aram Deyirmenjian.

Several social and cultural activities are organized, with the presence of Armenians and non-Armenian friends.

The main executive body in each of the three cities (Sharjah, Abu Dhabi and Doha) is the National Council (Azkayin Varchoutyoun), also known as Executive Council), which is appointed directly by the Prelacy Council and supervises the functions of the various sub-committees (women, youth, cultural, information, church bodies and associations, etc.). It commemorates the important events on the Armenian calendar, helps the needy individuals, welcomes visitors from other Armenian Communities, etc. Members adherent to the ARF have great influence on community life.

In May 2000, Armenian Embassy was established in Abu Dhabi through the efforts and financial undertaking of the Armenians living in the Gulf region. In 2007 the new premises of the Embassy was inaugurated in the Diplomatic Quarter of the capital Abu Dhabi.

The estimated number of Armenians in the UAE is 5000 out of which 1000 are citizens of Armenia. Most Armenians living in the Gulf have dual citizenships. They come mainly from Lebanon, Syria, Iran, Iraq, Egypt, Jordan, Turkey, Cyprus, Greece, USA, Canada, Australia and other countries.

The construction is new and contact details will be available soon. 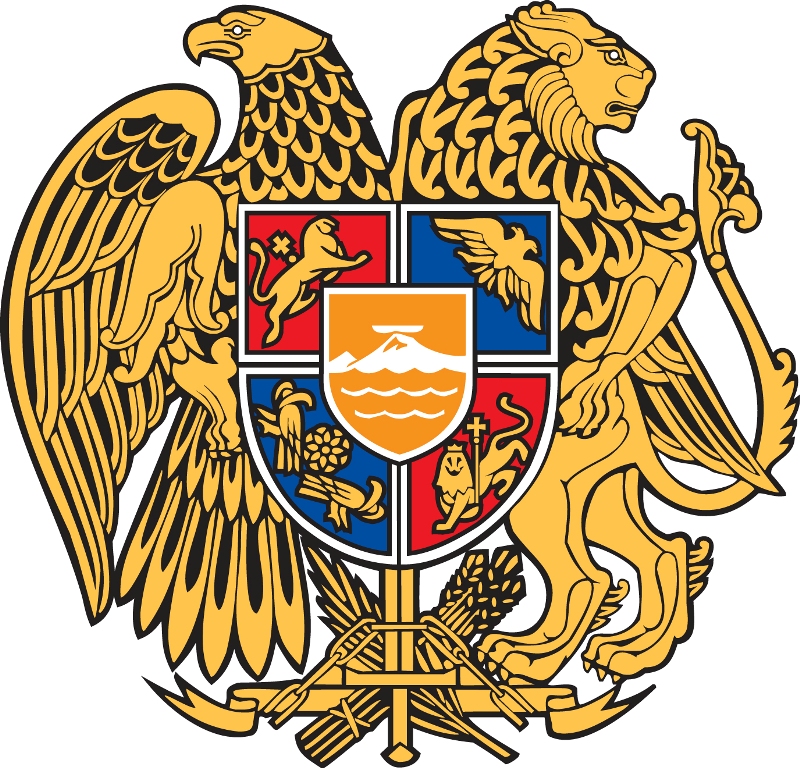 Embassy of the Republic of Armenia in Abu Dhabi

A variant of the above page is available here: