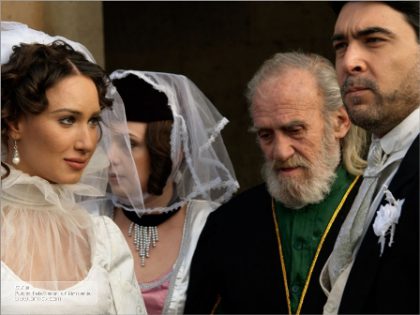 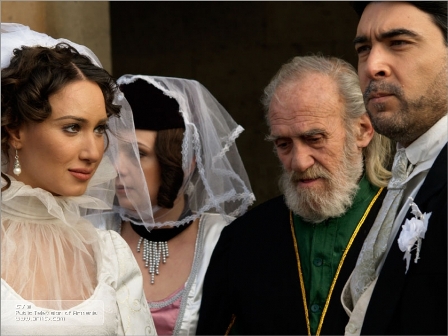 The First Channel of the Public Television of Armenia undertook the screening of Nar-Dos? homonymous novel in 2008. The film is a whole chain of complicated psychological analyses. Cruel customs, happiness of unattainable love. A story about a woman, whose life is ruined because of a man?s negligence.

Some fragments of the film were shot in Gyumri, Dilijan, Ijevan, Alaverdi, but the major part of it was taken in Tbilisi where three are some constructions, streets, utensils typical of the 19th century.

After being screened at the cinemas, the five-part version of the the great premiere now is on the First Channel.

According to Aleksan Harutyunyan, chairman of the Public Television of Armenia, ?the film is a record of the Armenian movie attendance after the independence (1991)?. The previous record was “Ararat” film by Atom Egoyan.

Work on the film began back in 2008. Director of the film is Hrach Keshishian, and author of the script Levon Galstyan. Starring Nazeni Hovannisian and Khoren Levonian. The film has been prepared jointly with the National Film Center of Armenia.

About author Nar-Dos (from Wikipedia)

Nar-Dos was born in a wool seller's family in Tbilisi, Georgia in 1867. He started his education in a parochial school of Saint Karapet church, then he continued in Nicolaev municipal school and entered Khon seminary in Kutaisi state which he did not finish because of scarcity of living and returned to Tbilisi. He started locksmith profession at Michaelian craft school where he met Armenian poet Alexander Tsaturian.

After one year Nar-Dos left Michaelyan craft school and started practicing journalism. In 1890?1906 he was the responsible secretary of Nor dar (?Նոր դար?) periodical. He worked as a secretary and proofreader in Aghbyur-Taraz (?Աղբյուր-Տարազ?) periodical in 1903, and in Surhandak (?Սուրհանդակ?) newspaper in 1913?1918. 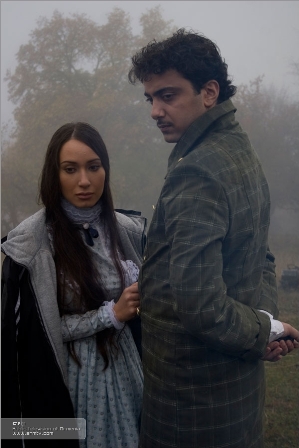 After 1890 a new period begins in Nar-Dos? creative life of which deep psychological analysis is typical. Famous works of this period are ?The Killed Dove? (?Սպանված աղավնին?)(1898) in which the author depicts the tragedy of an Armenian woman and ?Struggle? (?Պայքար?)(1911) and ?The Death? (?Մահը?)(reedited in 1912).

Nar-Dos died in 1933 in Tbilisi. He is buried in Khojivank Armenian cemetery.