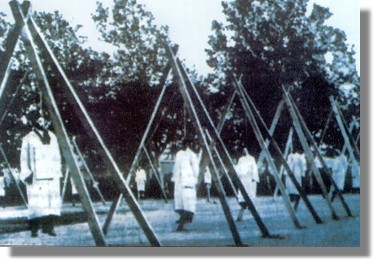 The 7th General Convention of the Social Democrat Hunchakian Party which was held in Costanta, Romania, in 1913, had a unique and great importance not only for the Hunchaks, but in the history of the Armenian people as a whole. During the Convention, members stressed their concern of the Ittihad (Young Turk) government's blatant disregard of the Armenian lives who resided in Historic Armenia. The Hunchaks feared that this disregard would only escalate as time past. The Hunchaks also stressed the importance of a United Independent Armenia which would be impossible under the racist and dictatorial Young Turk government's rule of the Ottoman Empire.

I – As stated in its original program, the party was to move from licit to illicit activities, thus becoming once again a covert organisation.

II – To plan and assassinate the leaders of the Ittihad (Young Turk) party, the same leaders that carried out the Adana massacres of 1909, and thus the same leaders who at that moment were planning the annihilation of the Armenian people.

Unfortunately, these secret objectives were passed on to the Turks by an Armenian agent for the government; consequently as soon as the delegates arrived in Constantinople, they were arrested. By the end of the year a total of one hundred and forty Hunchak leaders were arrested.

After spending two years in the horror known as Turkish jails, and lengthy mock trials, twenty prominent figures – Paramaz, Dr. Benne, Aram Ach'ekbashian, Vanig and others were sentenced to death by hanging. Few weeks after the beginning of the Armenian Genocide on June 15, 1915, all twenty men were hung in the central square of Constantinople, know as Sultan Bayazid Square.

The destiny of the Twenty Martyrs was intertwined with the destiny of their nation. They knew what was coming, sounded the alarm but were betrayed by a fellow Armenian. They believed that an independent Armenia will be born from the ashes of the old one, they were right. 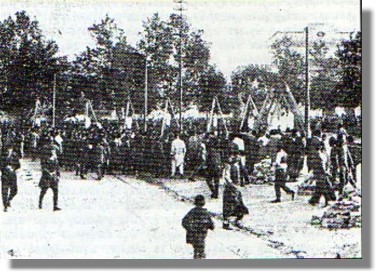 Over the past decades, the Twenty Martyrs were a source of inspiration for thousands of young Armenians through out the world, but most especially to those who joined the Social Democrat Hunchakian Party, fought under its banner, and in its ranks worked for the welfare of all Armenians.

Today the Armenian Republic is a living example of what the Twenty Martyrs and thousands of other Hunchakian heroes fought and died for. But the struggle must and will continue, until the immediate and future objectives of the Social Democrat Hunchak Party and the Armenian people are accomplished.