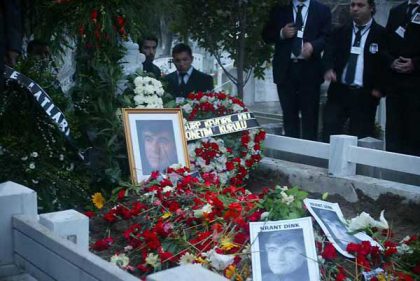 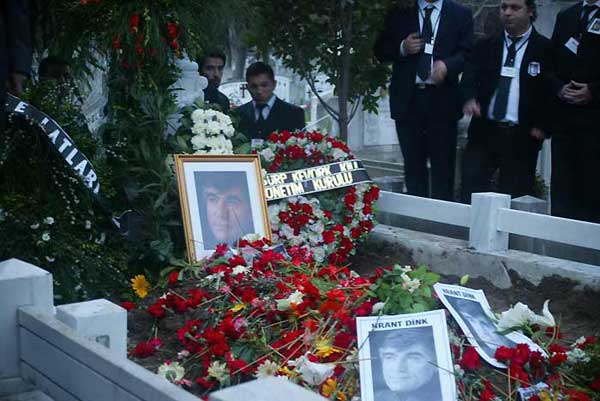 The civil outburst of the Turkish people, their unanimous march with slogans 'We are Armenians' and 'We are all Hrant Dink,' leaves no doubt that a core transformation in the worldview of today?s Turkey has occurred

January 23, 2007, the day of Hrant Dink's funeral, and the appropriate reaction of Turkish and Armenian governments to what has actually happened, should become a turning point in relations between the Turkish and Armenian nations. Honestly, Armenians in the world and in particular, Armenians in Armenia did not anticipate such a sincere manifestation of solidarity with the ideas and character of a true citizen of Turkey, which was demonstrated by tens of thousands of representatives of Turkish Istanbul.

The civil outburst of these people, their unanimous march with slogans ?We are Armenians? and ?We are all Hrant Dink? leaves no doubt that a core transformation in the worldview of today's Turkey has occurred; that the Turkish civil elite, among whose worthiest representatives was the Armenian Dink, is indeed ready to lead the determined movement of the Turkish nation towards universal values and the standards of European mentality and life. In essence, Dink was the prototype of the future citizen of Turkey ? the European Turkey ? where human rights and freedoms are respected and which should self-purify, come to acknowledge historical faults and accept the ?code of conduct? of a civilized state both internally and externally, no matter how regrettable this may sound to some politicians. If the Turkish state does really intend to turn into a civilization bridge between the West and the East, which has been stated often by present Turkish leaders and which is certainly promoted by Turkey's exclusively advantageous geographical location, then drastic and fundamental reforms in the sphere of human rights and civil freedoms are inevitable.

Moreover, now, after the murder of Dink, these reforms have become mandatory and leave no room for any alternatives. The first step could be the abolition of the notorious Article 301 of the Turkish Penal Code (TCK), which enforces punishment for the ?denigration of Turkishness.? I need to remind that it was this very article that had been used to bring charges against the late Dink, writer Elif Şafak and Nobel Laureate Orhan Pamuk. Why hasn't it been done so far? Perhaps Turkey's ruling elite has not been able to realize that the positions of Pamuk, Şafak and Dink are actually widely supported in society. The people of Istanbul were eloquent in their manifestation of this support on Jan. 23, 2007. I do want to believe that one day Turkey will have a government worthy of the people who went out to the streets of Istanbul on that day.

Turks are not our enemy: What about us, Armenians? We have to accept that the image of a Turk as an enemy, which has long been fostered among Armenians and which is based on the real feelings of a nation that has survived genocide and is scattered all over the world, does not fit well with the historic reality. We have to accept that the present generation of the Turkish Republic has little in common with the Ottomans and Young Turks having committed genocide at the beginning of the last century, and that continuing the hostility between the two nations is absolutely irrational from the historical perspective. Moreover, both states, Armenia and Turkey, are interested in establishing stability and lasting peace in the region, peace which has been anticipated for so long and the symbolic warrants of which can become Christian Armenians and Muslim Turks. We are accustomed to think that the major hindrance on the way to peace and stability in the region is Turkey, which is not willing to establish diplomatic relations with Armenia. Still, it is worth understanding that the Armenian state needs to clearly define its final demands from Turkey in case the latter acknowledges the fact of genocide and not shove off the matter with vague allusions to it being a subject for future discussions. The neighboring country has the right to know what claims its neighbor has? My position is that the residents of Armenia should have the right to a duty-free, unhindered and unlimited use of Turkish transportation routes, including seaports. Meanwhile, the Armenian government should directly and unambiguously state that it has no territorial claims from Turkey.

An outstanding citizen of the peaceful world, Dink, not only sincerely wanted to see the country in which he was born as a European country, but had a dream of seeing his de facto homeland Turkey and his historical homeland Armenia as good neighbors. Like nobody else, both with his life and death he was able to bring these two cherished goals closer to their accomplishment. The duty of both Turkish and Armenian politicians is to stay on the heights he has reached and pick up the banner of peace from his noble hands. I call on the governments and peoples of Turkey and Armenia to approach the Norwegian Nobel Committee with a suggestion to call off the rule against posthumous nomination and nominate this eminent individual for the Nobel Peace Prize, since no one has done more to make this peace a reality, than him.

Note: Armen Darbinyan is the former prime minister of Armenia and the president of the Russian-Armenian (Slavonic) University

Newer PostTurkey may fall in its own trap by taking Genocide issue to court
Older PostTime to think, as we cry for Hrant Dink