Western Armenian pop singer, born and raised in Aleppo, Syria. He fomred with other four members the well known Armenian Gomidas Band in Aleppo in the early 1990s. The band gained instant popularity in social gatherings and clubs.

Gomidas band produced several CDs in the 1990s including their debut “In America” (1994), which included popular Armenian songs such as “Kele lao” and “Yar Khoushta“,etc.

In the year 2000 Garo moved to Abu Dhabi (United Arab Emirates) where he worked for two years in several locations including Alamo Restaurant in the Tourist Club Area.

Later Garo returned to his loyal public in Aleppo and he is still a leading name in Aleppo social and family entertainment spots.

2006 was very productive for Garo. He released “Armenian Live Party“, which brought a new style to his pop performances. Another addition was his “Arabic Songs” which included known Assyrian (Ashouri) songs such as “Li liyouni” and Syriac (Syriani) songs such as “Shamoumar” and “Ghereshla aidi“, besides the Syrian Arabic Jazrawi (Mesopotamian) songs.

Garo Gomidas has perfomed in many countries around the world. 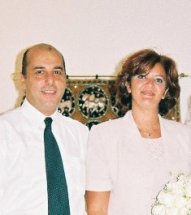 Garo Gomidas with the other four members of Gomidas Band (1994) [Garo is in the middle]. 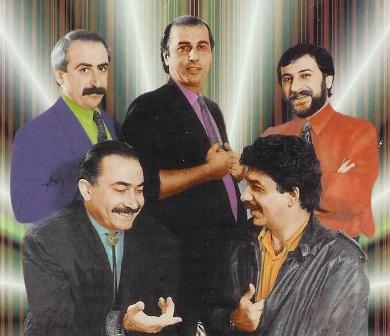