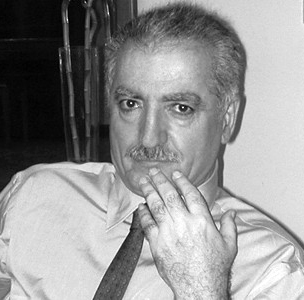 Novelist, poet and translator Khachik Khacher was born in Tehran, Iran, in 1946.

He completed his postgraduate studies in the city of Achen, Germany, where he received two Masters degrees in technical specialties.

He is fluent in Armenian, Persian, German and English languages and uses them in his writings and translations.

One of his recent translations has been a book by well known Istanbul Armenian writer Zahrad translated into Persian in 2011.

Recently he published a book with a selection of works by 42 German authors from the 20th century. This has been his second anthology in Armenian language. A previous experience has been the publication of an anthology of short stories by 32 Persian writers in Yerevan in 1995, titled “The Silk Road”.

Khacher actively participates in the Armenian community life in Tehran, where he lives and leads a creative life.