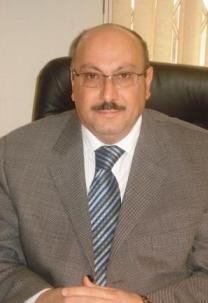 Palestinian ambassador to the UK.

The son of Armenian Genocide survivor. Born in Jerusalem and educated at the College des Fr?res, Professor Manuel Hassassian left Palestine for brief periods after his high school years to pursue his higher education, earning his BA in Political Science from the American University of Beirut in 1975, his MA in International Relations from Toledo University, Ohio, U.S.A. in 1976 and his PhD in Comparative Politics from University of Cincinnati, Ohio, U.S.A. in 1986.

In an interview with Sharif Hikmat Nashashibi, the Chairman of the “Arab Media Watch”, Hassassian says: “I can strike a lot of parallels between Armenia and Palestine at all levels. To maintain our presence until now, despite wars, occupation, 70 years of communism, and to get an independent Armenia, brings hope that one day Palestinians will get their independence.”

Armenian support for this goal has not been simply political. The Palestine Liberation Organisation trained Armenian fighters in the 1960s and 1970s, according to Hassassian.

When asked whether he relates more to his Armenian or Arab side, Hassassian responds: “I asked one of my university students, who was from Kuwait but originally Palestinian, for whom he would cheer if the Palestinian national football team played against Kuwait. He said he would cheer for the best player.”