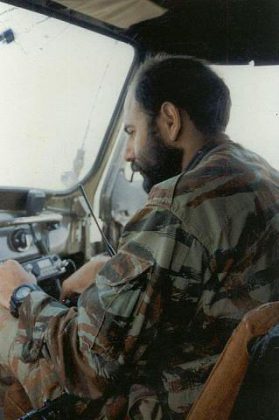 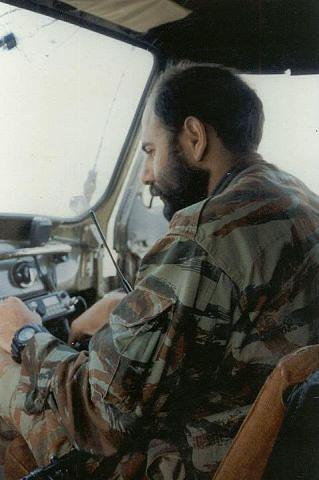 Monte Melkonian was an American-born Armenian commander during the Nagorno-Karabakh War.

Melkonian had no prior service record in any country's army before being placed in command of an estimated 4,000 men in the war. He had largely built his military experience beginning from the late 1970s and 1980s where he fought against the various splintering factions in the Lebanese Civil War, against Israeli troops in the Israeli invasion of Lebanon and was a member of ASALA.

An Armenian-American, Melkonian left the United States and arrived in Iran in 1978 during the beginning of the 1979 Iranian Revolution, taking part in demonstrations against the Shah. Following the collapse of the Shah's monarchy in 1979, he traveled to Lebanon during the height of the civil war and served in an Armenia militia group in the Beirut suburb of Bourj Hammoud.

In ASALA, he took part in the assassinations of several Turkish diplomats in Europe during the early to mid-1980s and was later arrested and sent to prison in France.

In 1989, he was released and in the following year, acquired a visa to travel to Armenia.

Throughout his tenure, Melkonian carried several different aliases including “Abu Sindi”, “Saro”, “Timothy Sean McCormack” and “Commander Avo”; the last of which was the name addressed by troops under his command in Nagorno-Karabakh.

The last years of his life were spent fighting with the Nagorno-Karabakh Defense Army.

Monte was killed in the abandoned Nagorno-Karabagh village of Merzuli in the early afternoon of June 12, 1993, with controversial reports about the circumstances of his death and was subsequently buried at Yerablur cemetery in Yerevan, Armenia.

He is revered by Armenians as a national hero.