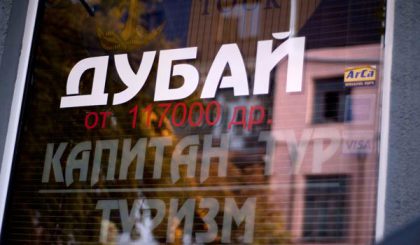 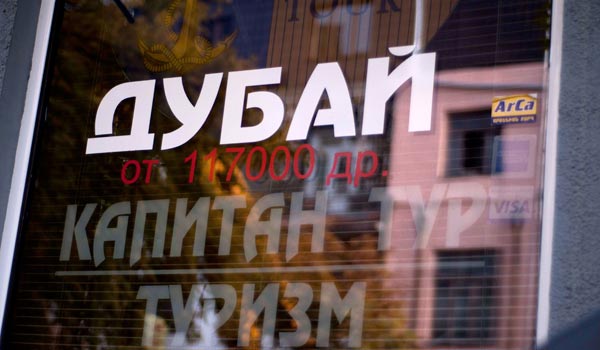 Looking for better travel options and packing up for the holidays is replacing the traditional New Year feasts and socializing at home for a number of Armenians who can afford to get away ? especially to warmer climes, say local travel agents.

And Dubai, one of the seven emirates of the United Arab Emirates located south of the Gulf, along with Egypt and Jordan, is said to have emerged as the most preferred travel destination in winter.

To accommodate this growing demand, which until recently was catered to by Armenia?s national air carrier Armavia, a newcomer, flydubai, Dubai?s first low cost airline, has launched flights to and from the Armenian capital. The maiden flydubai flight to Yerevan took place on Sunday, November 21.

Those who wish to go to Dubai by flydubai can do so twice a week now, and beginning December 15 they will be offered a three-times-a-week option to choose from.

Armavia continues to operate four flights a week to Dubai. Armavia press secretary Nana Avetisova told ArmeniaNow the company plans to increase the number of Yerevan-Dubai-Yerevan flights to five a week. A normal Armavia airfare for Dubai is $390, both ways, (depending on the day of the week and pre-booking).

flydubai company tour manager Marina Hovsepyan told ArmeniaNow that the offer of two-way tickets from Yerevan to Dubai at their company starts at $350, but on days leading to the New Year holiday the ticket price may reach $900.

Although it is only a few days that the company started its operations in Yerevan, Hovsepyan says that tickets for December are nearly sold out.

A representative of Geographic Travel Club in Yerevan also confirms the dynamic of growth of travelers choosing Dubai as their destination. She ascribes it with the opportunity of ?shopping on a budget? offered by Dubai and the area?s warm climate. But she says problems arise with tickets beginning December 28 and their prices go up several times during those days.

A representative of the Armenian affiliate of the Russian Tez Tour company adds ?high hotel and rest house prices in Armenia? as another factor that leads people to choosing to spend their New Year vacations abroad.

Depending on the number of stars at a hotel in one of Armenia?s best winter resorts, Tsaghkadzor, a several days? rest may cost a person as much as $500-$1,200, or even more. Prices may vary also depending on the status and ?price? of showbiz and pop stars invited as entertainers for the New Year?s Eve party.

The Tez Tour representative says that three years ago the company for the first time organized a trip to Egypt for customers in Armenia, but back then it managed to form only one group.

?And this year ten groups have already been sent and there is still a growing demand that we find difficult to accommodate,? he says, adding that trips to Dubai will be offered beginning December 15 and while the final package price has not been decided yet, it is estimated that a weeklong trip for two could cost about $2,900.

The flydubai tour manager says that Dubai ?is not only about shopping? ? as has been considered by many in Armenia due to cheap buying options in the world?s largest maritime city.

?The city, its technological novelties, interethnic communication that can be an example for any state, excursions around the city,? says Hovsepyan. She adds that the goal of the company is to make Dubai a more popular and ?mass? destination for travelers in Armenia.

Furthermore, recently an Armenian television company began advertising a New Year party to be organized at the Dubai, Hyatt, with the participation of Armenchik (Armen Gondrachian), a United States-based Armenian singer, who enjoys tremendous popularity in Armenia, and won the 2009 Armenian Music Awards organized in the U.S. as ?the Singer of the Year?.