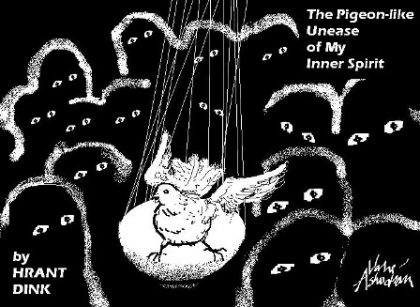 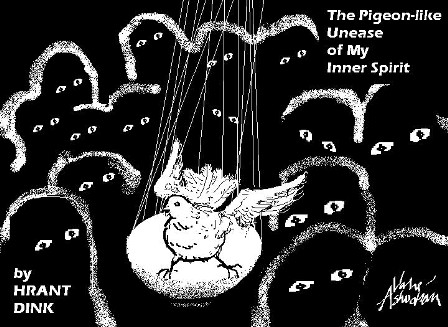 Soon after the tragic death of Armenian editor and journalist Hrant Dink (1954-2007), a group of donors contacted Armenia Tree Project (ATP) expressing interest in planting a special forest in his memory.
?
Last month, Armenians from Istanbul to Glendale were shocked and grief-stricken to learn of the tragic murder of Hrant Dink, the editor of the bilingual, Istanbul-based Agos newspaper. Hrant Dink, who was convicted under Turkey?s Article 301 for ?insulting Turkishness? because of his frank discussion of the Armenian Genocide, had been receiving death threats from right-wing nationalists in Turkey for months. On January 19, a young man made good on the threats, stalked Hrant Dink, and shot him several times in the back of the head.
?
The killing has led to international outrage and expressions of sympathy. On January 23, over 100,000 people in Turkey joined Hrant Dink?s funeral procession. As they marched through the streets of Istanbul carrying signs that said ?We are all Hrant,? they chanted ?We are all Hrant, we are all Armenian.? For more information about Hrant Dink, visit the web site www.hrantdink.org.
?
Hrant Dink named the newspaper he founded Agos, which in Armenian means furrow. ?A furrow is for planting and with the encouragement of donors who have already come forward with initial funding, we will plant a forest as a tribute to Hrant Dink,? said ATP Executive Committee member Nancy Kricorian.
?
Armenia Tree Project (ATP), a grassroots-supported non-profit organization based in Watertown and Yerevan, conducts vitally important environmental projects in Armenia?s impoverished and deforested zones and seeks support in advancing its reforestation mission.
?
Since 1994, ATP has made enormous strides in combating desertification in the biologically diverse but threatened Caucasus region. Nearly 1.5 million trees have been planted and restored, and hundreds of jobs have been created for Armenians in seasonal tree-regeneration programs.
?
Source: Armenia Tree Project, 25 January 2007
http://www.armeniatree.org/atpnews/news_hrantdink012507.htm
?
Graphics: “The pigeon-like unease of my inner spirit: Hrant Dink” by Vahe Ashodian, specially for Azad-Hye.