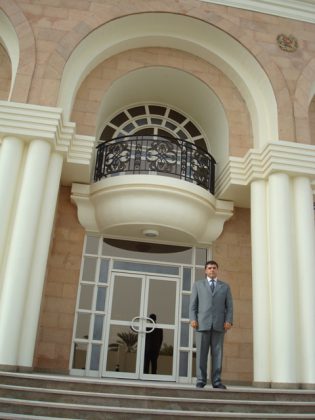 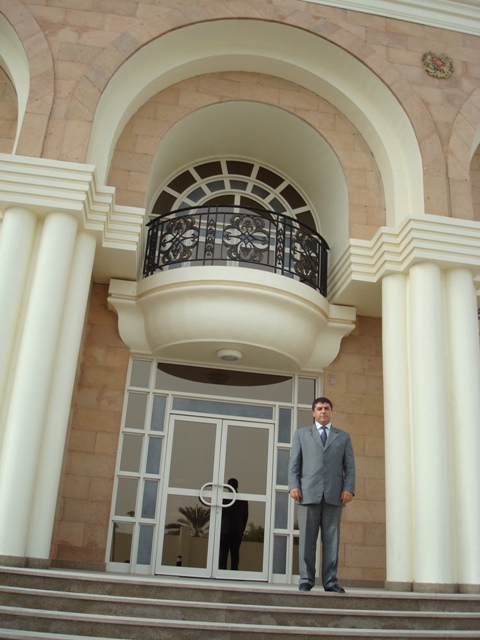 The Consular Department in the Embassy of Armenia in Abu Dhabi was one of the first Armenian Embassies to start processing the applications for the Armenian citizenship according to the new regulations. We had a meeting with Mr. Marat Melikian, the Consul, who gave some details about the process and the subsequent steps that an individual has to take after receiving the approval for granting citizenship.

Can you tell us about the current situation of the applicants for Armenian citizenship? What is your overall evaluation of the past period?

We have been processing all the applications according to the regulations. We are in the pleasant position to inform you that we have already received the approval related to granting citizenship to the first batch of applicants from the United Arab Emirates.

This is a very important moment for the applicants themselves and for us as well, because it is the result of their faith and their persistence on one hand and the outcome of our consular work on the other hand.

How was the acceptance of the population in the UAE regarding the citizenship issue?

From the first moment HE Vahagn Melikian, Ambassador of Armenia in the UAE gave the utmost attention to this issue and asked me to create all necessary conditions to make it easy for our compatriots to understand the details and provide the needed documents.

The Ambassador gave also several presentations on the same topic in places like Abu Dhabi, Sharjah and Kuwait, where Armenians live in considerable numbers. The presentations were a kind of introduction to the citizenship law and assurance from our side that the process is smooth and most importantly it gives the opportunity to apply and acquire citizenship, without disrupting the course of ordinary life of the applicant and without the requirement of previous residency in Armenia. This measure of course is devised for our Armenian compatriots.

We have to say that people in the beginning were approaching this issue with uncertainty and somehow in disbelief, but after the initial steps and especially now that the first applicants started receiving their actual citizenship, we believe the interest will reach a higher level.

How long does it take to finalize this process?

It would take up to one year, but practically it may take even less, according to each application. We believe that the important thing is to take the first step, then all the formalities will be resolved in due course. No other citizenship can an Armenian acquire so smoothly as the citizenship that most expresses himself/herself, I mean the Armenian citizenship.

What about the steps that come after the citizenship application is accepted?

We receive copy from the relevant authority in Armenia in reference to the Presidential order regarding granting citizenship to the particular applicant and inform him/her accordingly. The applicant then has to arrange for a trip to Armenia to attend an oath taking public ceremony, in which he/she repeats the oath in front of the competent body and completes the formalities of identity registry and gets his new passport.

Photo: Mr. Marat Melikian, Consul, at the doorstep of the Embassy of Armenia in Abu Dhabi.


We also contacted the Ambassador Vahagn Melikian and asked him about his thoughts on the subject. He said: ?I believe this is a great chance to reinforce the bond between Armenia and Diaspora and to provide fair opportunity to those who would like to have a more active and practical relationship with Armenia. This was a dream in the past and it is now the first step in our vision of having all Armenians under one roof?.

Should all the members of one family apply together?
The applications are received on individual basis. This means that members of the same family should apply separately and are treated as separate individuals. At the time being applications below the age 18 are not processed.

There are some issues related to the correct transliteration of the Armenian names. Some of the applicants are complaining that their names are changed.
The Embassy depends on the English name mentioned in the applicant?s current passport and transliterates it into Armenian, according to the phonetic rules that are given by the Foreign Ministry.