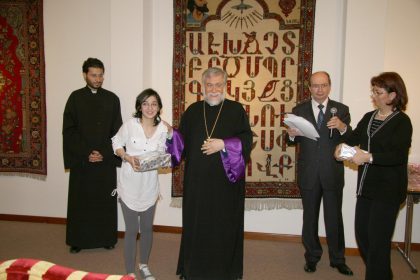 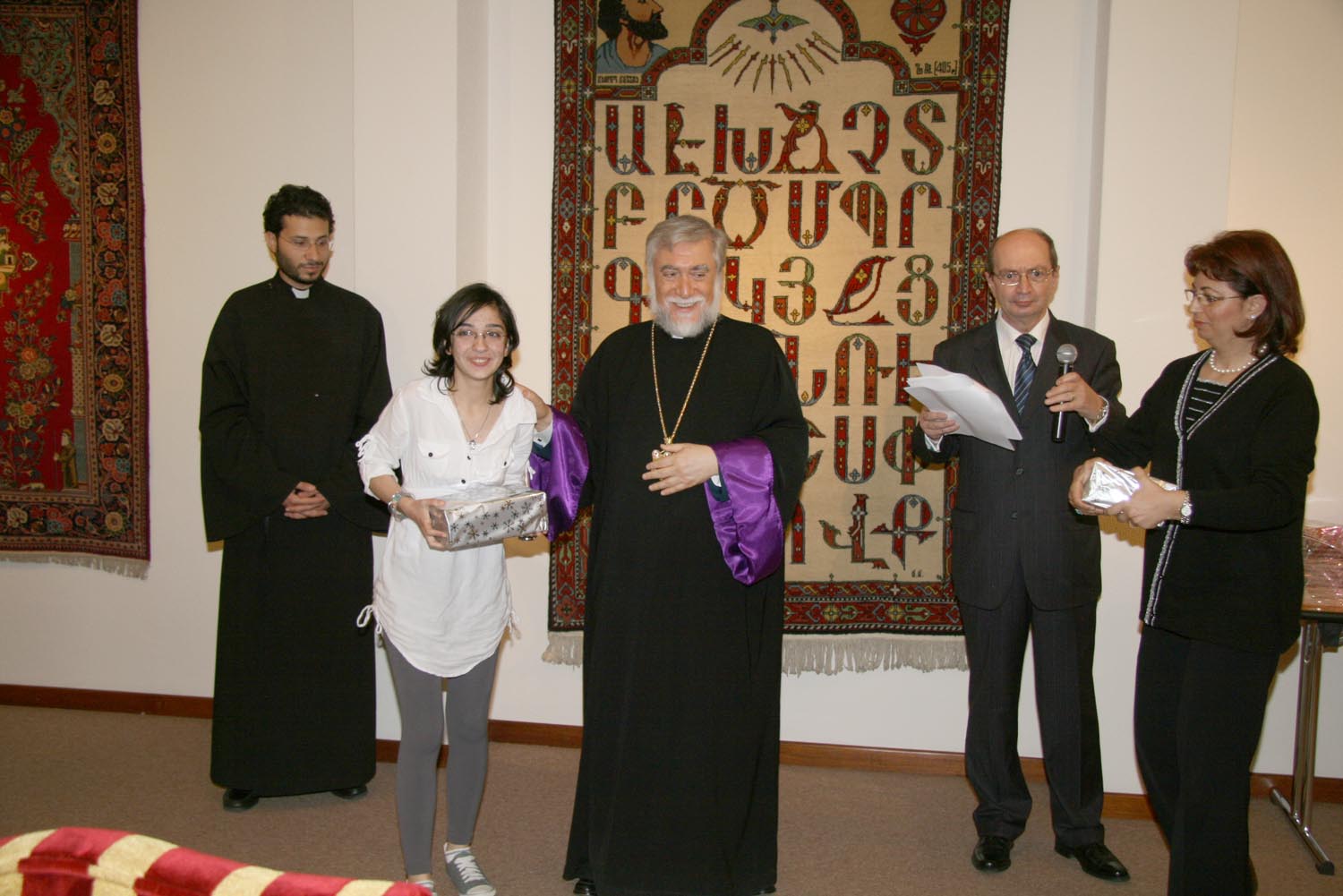 ?ARMENIAN LANGUAGE IS THE SOURCE OF OUR IDENTITY? SAID ARAM I

ANTELIAS, Lebanon – On Saturday 2 June 2011, at the Gulbenkian Memorial Hall His Holiness Aram I presided over the ceremony of the distribution of the awards to the winners of the competition organized by the Babikian Foundation of the Catholicosate.

For the second year the competition has motivated Armenian students in Armenian Schools to take deep interest in Armenian language, literature, history and poetry recitation. After the Jury distributed the awards to the winners, they invited those students who had scored high grades but did not qualify to win to present their contributions to the audience.

At the end of the ceremony, His Holiness Aram I congratulated the students, their teachers and parents and said, ?Our language is our source of identity. Unfortunately, Western Armenian is losing its purity with the usage of foreign expressions. We should work together and make our language relevant to the times. He then continued, ? In no way should parents regard the strong emphasis on Armenian language, history and culture a hindrance to the performance of our students regarding official exams. Armenian schools have produced successful academics, scientists and professional men and women for decades. We should, therefore, support the Armenian Schools with the same commitment as we have in the past.?

Source: Website of the Catholicosate of Cilicia, 03 June 2011
http://www.armenianorthodoxchurch.org 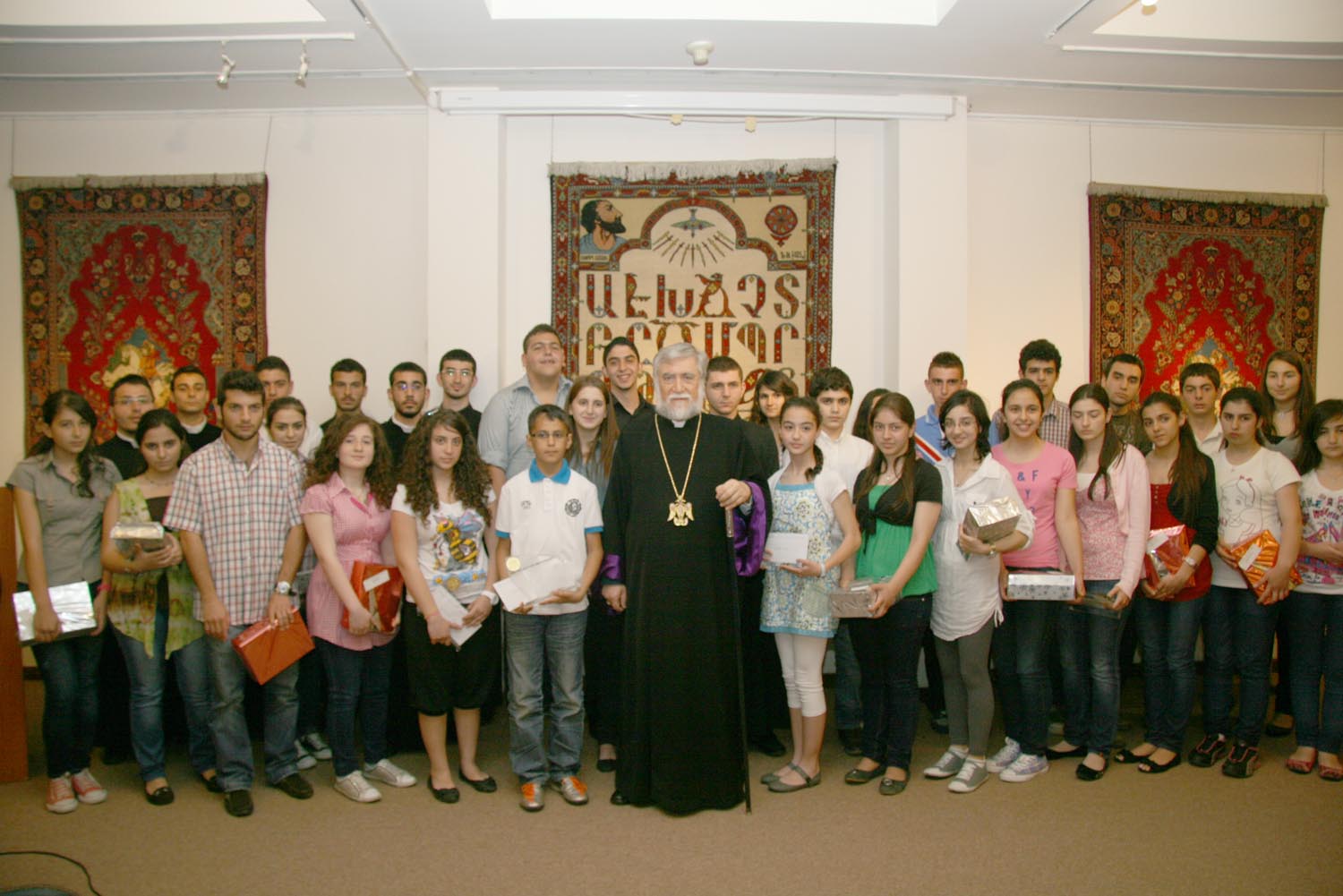