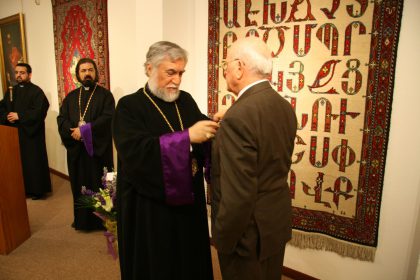 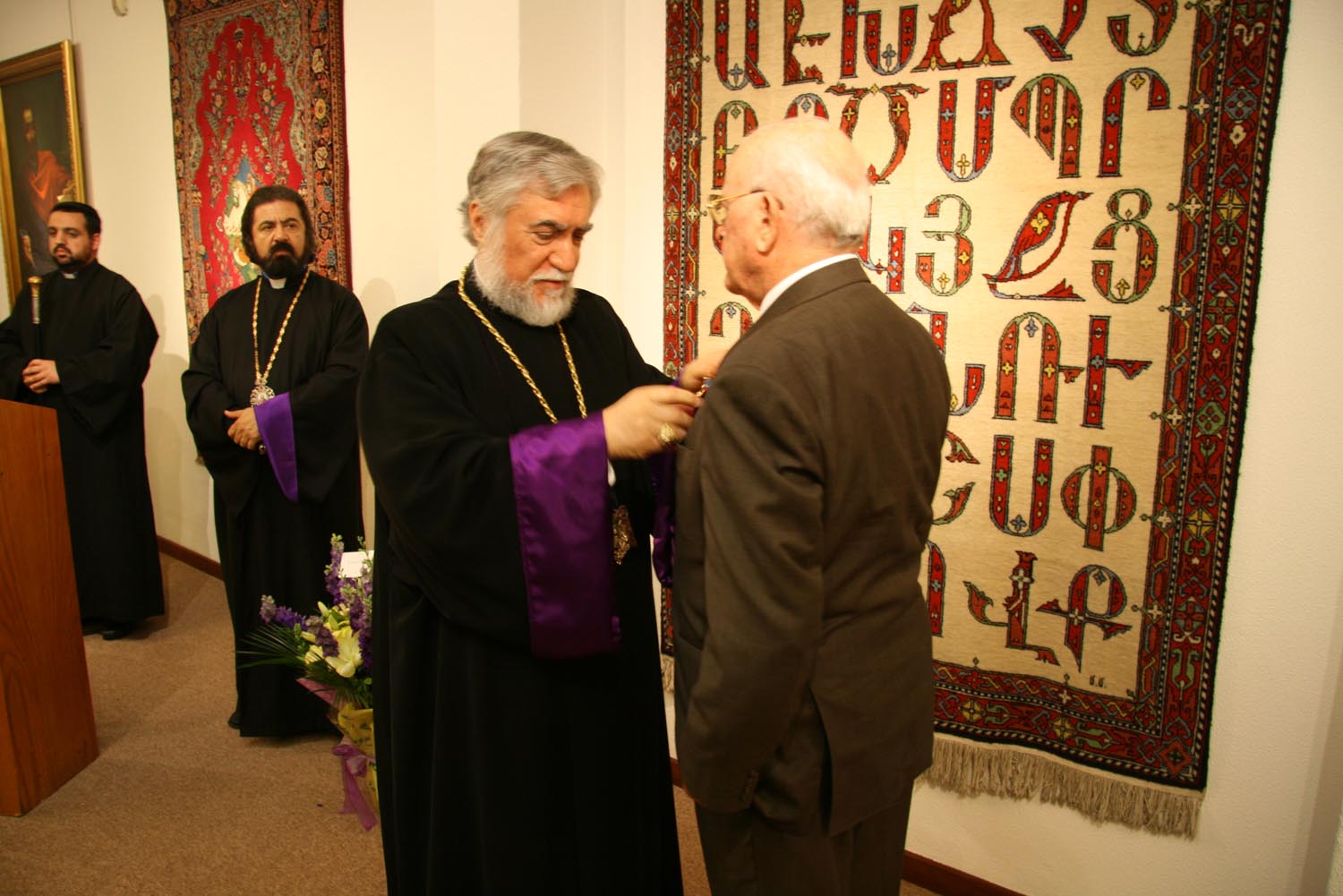 His Holiness Aram I decorates Garabed Babaheyikian with the ?Cilician Knight? insignia of the Catholicosate

ANTELIAS, Lebanon – On Friday 3 June 2011, Mr. Garabed Babaheyikian was honored at a special event organized at the Gulbenkian Memorial Hall in Antelias. The first speaker Mr. Melkissetian spoke in the name of Tekeyan Cultural Association and thanked His Holiness Aram I for the special evening honoring Mr. Babaheyikian. He then said, ?In the past when we had no land, the Catholicosate of Cilicia led our people and provided spiritual guidance. Still today, the Catholicosate continues to be the focal point for organizing the diaspora. The speaker then thanked His Holiness Aram I for his spiritual and ecumenical leadership because he said, ?Through him our small nation became known to the world community?.

The second speaker, Mr. Hagop Kassardjian, former Deputy and President of the Founders of the Tekeyan Cultural Association introduced Mr. Babaheyikian as an outstanding leader who led the Ramgavar Democratic Liberal Party during the difficult years of the civil war in Lebanon.

The last speaker was His Holiness Aram I, who referred to Garabed Babaheyikian not just as a person with a biography or an account of events. He is one of those rare persons who served the Nation and the Church and who led and encouraged Armenian associations. He is a valuable leader who valued human dignity.

At the end of his speech, His Holiness Aram I decorated Garabed Babaheyikian with the insignia of ?Knight of Cilicia?.

Source: Website of the Catholicosate of Cilicia, 03 June 2011
http://www.armenianorthodoxchurch.org