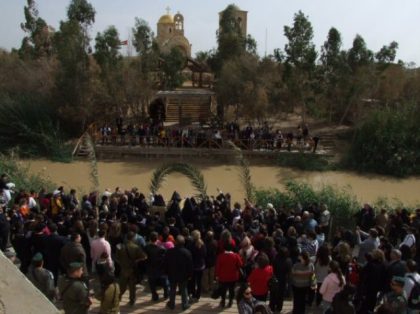 Christmas, birth of Jesus Christ, is celebrated by all Christians throughout the world. Armenians celebrate the baptism of the Christ on the same day also.

The Armenian Apostolic Church continues to celebrate January 6 as the only commemoration of the Nativity and Feast of the Epiphany calling the feast that of the Nativity and Theophany of Our Lord: ?Krisdos dzunav yev haydnetsav!?  ?Christ is born and revealed!?

The Armenian Apostolic Church celebrates the nativity in combination with the Feast of the Epiphany on January 6. Armenian churches customarily use the Gregorian calendar, but the Patriarchate of Jerusalem use the Julian calendar and thus celebrate Christmas Day on January 19, and Christmas Eve on January 18.

On the eve of the feast of Epiphany, the Divine Liturgy is celebrated. This Liturgy is referred to as the Djrakaluytsi Badarak (the Eucharist of the lighting of the lamps) in honour of the manifestation of Jesus as the Son of God. This liturgy is followed by a blessing of water, during which the cross is immersed in the water, symbolizing Jesus' descent into the Jordan, and holy myron (chrism) is poured in, symbolic of the descent of the Holy Spirit upon Jesus. The next morning, after the Liturgy, the cross is removed from the vessel of holy water and all come forward to kiss the cross and partake of the blessed water.

The Armenian Patriarchate of Jerusalem which has jurisdiction over all of the Holy Lands and the Diocese of Jordan, is led by Patriarch Archbishop Torkom Manoogian. 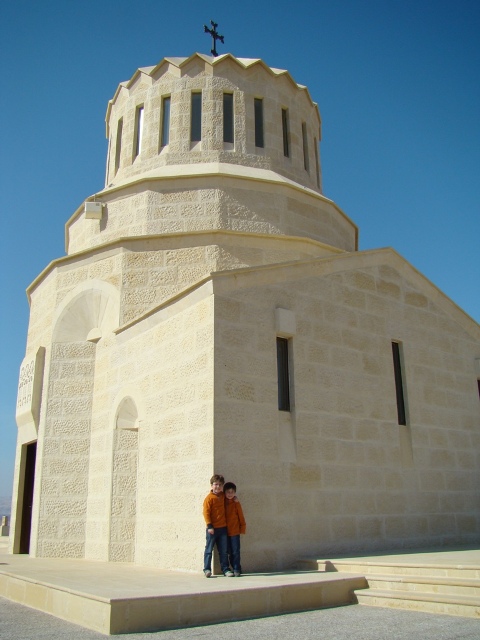 In the last few years, it has become a custom, to commemorate the baptism and the blessing of water by the Patriarchate of Jerusalem on the bank of River Jordan, normally the last Sunday of January.

The custom has grown also for some Armenians living in Jordan to go from the other side of the river bank to be part of the celebration.

The experience both sides feel is very extraordinary, where not more than 8 meters separate both sides of the Armenian communities, before and after the mass, all friends & families can very easily talk to each other, one has to only be there on that day to understand the immensely touching warmth separated only by the narrow river.

This year, the event was led by Archbishop Nourhan Manougian, Patriarchal Vicar of the Armenian Patriarchate of Jerusalem, on the 23rd of January, 2011, surrounded by around 500 Armenian believers.

All Armenians are proud to know that H.H. Karekin II, Catholicos and Supreme Patriarch of All Armenians, was the first of all Christian Religious Leaders of the world, to visit the Baptism site on January 17, 2000.

It is also worthy to mention that at a date yet to be set within this year, the Saint Garabed Armenian church  built through the generous donation of the late Dr. Garo H. Garabedian  at the Baptism Site in Jordan will officially open.

The blessing ceremony of laying the corner stones, held by Archbishop Nourhan Manougian had taken place on October 2009.

Note: Widipedia was used as a source for general facts.