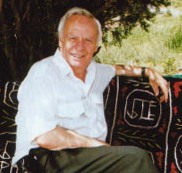 Painter Janet Lazarian has made a heartfelt appeal for the establishment of a museum to permanently house artworks by deceased Iranian-Armenian artist Marcos Grigorian.

His works are currently being kept at the Museum of Literature which is now part of the Middle East Museum in Yerevan.

“Grigorian took his collection of artworks to Armenia almost 20 years ago and displayed them at the Museum of Literature,” Lazarian told the Persian service of ISNA on Wednesday.

This was supposed to be a temporary show as he was not planning to store his collection there forever but he died before he was able to remove it, she said, adding, “The museum is a place for books and the location where Grigorian's works are on display is too small.”

This is while it was previously reported in the news that Grigorian had donated 5000 of his artistic creations to the government of Armenia.

She continued, “At first, Marcos was determined to convert the second floor of his home in Yerevan into a museum and transfer the items there, but he died before he was able to realize his wishes.

“Two years ago, Armenian Ministry of Culture asked for permission from the heirs to convert Marcos' house into a museum and transfer his collection there, but it would seem the request was rejected.

“The heirs did not give the government permission since they felt the house is not in a desirable location. They claimed that they plan to sell the house and would purchase another located in the center of the city specifically for Marcos' artwork,” she added.

The heirs (niece and nephew of Marcos) reside in the United States and are due to travel to Armenia to sell the house.

In Armenia, the houses of artists and authors are converted into museums after their deaths, and in Yerevan alone, there are 35 museums of Armenian scholars, she noted.

Tehran's Art Center will be playing host to a commemoration ceremony for Marcos this year in autumn.

Grigorian's artworks encompass a wide range of themes. His first paintings depict the violent despair of the victims of Auschwitz.

Later, turning to sculpture, his works were dominated by such themes as Persian bread, abgusht (a type of Persian soup) and wheelbarrows
full of straw.

He is also renowned for sculptures that he crafted from a combination of clay and straw. Grigorian was also fond of teahouse paintings.


Marcos Grigorian (1925 – 2007) was a notable Iranian-Armenian artist and a pioneer of Iranian modern art.

Grigorian was born in Kropotkin, Russia, to an Armenian family, who immigrated to Iran in 1930. After finishing pre-university education in Iran, he studied at the Accademia di Belle Arti in Rome. In 1954, he returned to Iran, opened the Galerie Esth?tique, an important commercial gallery in Tehran. In 1958, under the auspices of the Ministry of Culture, he organized the first Tehran Biennial. Grigorian was also an influential teacher at the Fine Arts Academy, where he disseminated his enthusiasm for local popular culture, including coffee-house paintings, a type of folk art named after the locations in which they were often displayed.

In 1975 Grigorian helped organize the group of free painters and sculptors in Tehran and was one of its founder members. Artists Gholamhossein Nami, Massoud Arabshahi, Morteza Momayez and Faramarz Pilaram were amongst the other members of the group.

Grigorian left Iran in 1977 at the age of 52. He lived for a short time in the United States before moving to Yerevan, Armenia, then still a republic of the Soviet Union. In 1989, he traveled to Russia at the invitation of the Union of Russian Artists, visiting Moscow and Leningrad.

He exhibited his clay and straw works in Yerevan in 1991. He later donated 5,000 of his artworks to the government of Armenia. 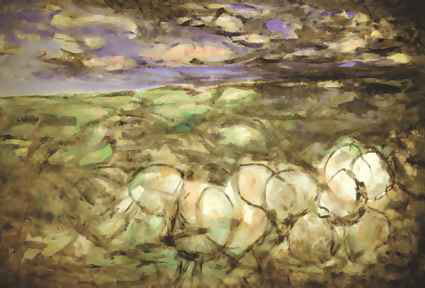