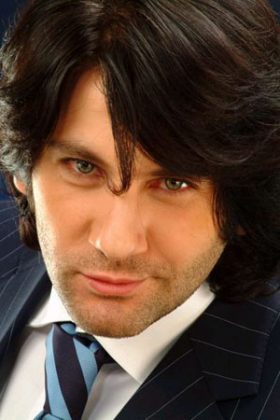 Azad-Hye, Dubai, 7 March 2006: In its 6th December 2001 issue, ?The Moscow Times? Russian leading English-language newspaper?s reporter Elvan Levent describes the new phenomenon of the Russian pop music with the following words: ?After 16 years of performing at clubs and restaurants in , , and , Avraam Russo is well on his way to becoming a confirmed pop star — in . Russo, who speaks seven languages and can sing in 14, is a Syrian-born musician of Turkish descent. Now 31, he moved to five years ago and is today on his way to the top of the local charts?. 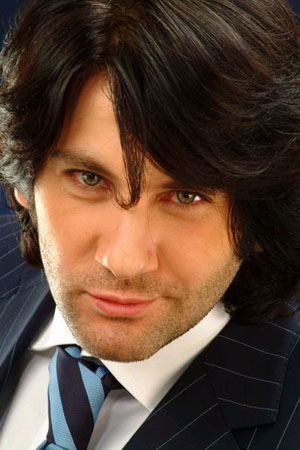 What is the story behind Avraam Russo? Is he really of Turkish descent?

Born in 1969 in , Apig comes from a very poor family. He had three brothers and lost his father in early age. His mother used to work in hard manual works, serving households in that northern city of , where a community of 50 thousand Armenians live.

As he discovered his singing talent, he was soon involved in several amateur bands, making part-time appearances in family style outdoor restaurants (such as Ramaya, Aleppo Family Swimming Pool, Somar, Ouroubeh, etc.) and in hotels (Al Amir) in Aleppo.

In 1993 he moves to and works in a night club for two years earning no more than US$ 200 per month. However, his presence on the proves to be important for his future career.

During one of his visits to Cyprus a Russian Jewish tycoon Telman Ismailov (now Vice President of the Euro-Asian Jewish Congress and owner of huge retail enterprises in Moscow and entertainment outlets such as Prague Restaurant), a well connected person with Russian politicians (including the Mayor of Moscow), attends one of his multi-lingual performances and upon noticing his talent, he immediately invites him to work in one of his prestigious outlets in Russia.

Ismailov, originally from , had been living (and thriving) in since the early 1990s.

After hesitating for one year, Apig eventually takes his advice. At that time he was back in . His first trip to was in 1995. In a relatively short time he gets to be famous. With the help of a girlfriend he learns Russian and prepares a repertoire in many languages, exactly the way he used to do in and . His linguistic abilities helped him to overcome the language barrier. His command of European languages was also impressive. During his childhood, he used to live for some years in , when his father was still alive.

There was always a kind of mystery about his origin. People made different speculations, judging on his knowledge of several languages. He himself had not explicitly referred to his ethnic background, maybe due to an informal agreement he made with his manager before receiving wide recognition. After all Russian fans might be fascinated with his songs and style and would not be interested to know about his origin. Armenians of Aleppo though insist in branding him as their fellow compatriot.