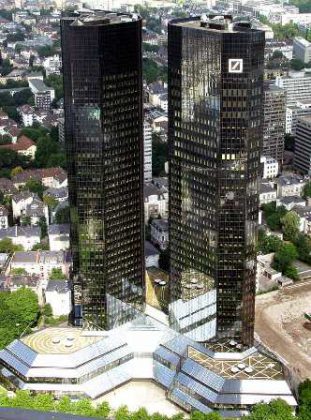 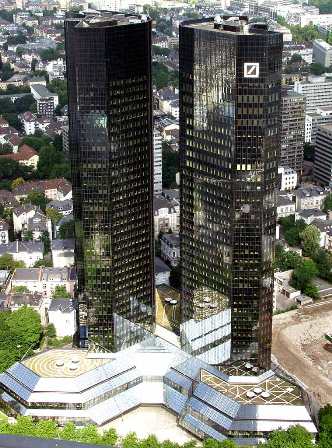 Legal proceedings under way to seek justice for heirs of those whose assets were stolen.

Thousands of Armenian deportees were reduced to slavery on Deutsche Bank's road works.

The European Armenian Federation calls the descendants of Armenian Genocide survivors, defenders of human rights, European leaders, and all Euro citizens to protest Deutsche Bank?s refusal to accept responsibility for the crimes it committed in 1915 and continues to profit from today.

In a manner consistent with the U.S-based New York Life Insurance Company and the French AXA Life Insurance Company, Deutsche Bank illegally appropriated funds and property from genocide victims and, as such, played a unconscionable role in Ottoman Turkey?s destruction of the Armenian population between 1915 and 1923.

Recent estimates by experts in the field show that Armenians in the owned, at the time of the Genocide, more than 20 million dollars that was held in trust by the German company. Deutsche Bank never returned these amounts to the heirs of genocide victims.

Compounding Deutsche Bank?s intransigence was its use of Armenian deportees as slave workers on the construction of its Berlin-Baghdad road works. In similar fashion, nearly 30 years later, IG Farben exploited the forced labour of Jewish deportees from Birkenau-Monowicz. Following their slave labor, these Armenians were exterminated during deportations into deserts of .

The Federation notes that the current president of Deutsche Bank congratulates his company for fulfilling “its social responsibilities,” a statement that stands in sharp contrast to both its genocidal complicity in 1915 and its refusal to accept responsibility for its crimes today.

The European Armenian Federation, noting that New York Life and AXA have been condemned for their crimes, welcomes the fact that similar proceedings are under way against Deutsche Bank.

Consequently, the Federation calls on all EU citizens to call on Deutsche Bank to live up to its own standards by accepting responsibility for its wrongdoing and fairly compensating those whose families it has stolen from.

You could fax the letter below by clicking on this link www.deutschebankprotest.eu, or you could send it at the following address:

I am writing this letter because I am outraged by Deutsche Bank?s conduct towards the Armenian people in specific and to humanity in general.

Particularly, I am shocked at how your bank has looted the assets of Armenians murdered during the Armenian Genocide of 1915. I am also shocked that Deutsche Bank used the Armenian deportees as slave workers for the Bagdad Bahn from 1915 to 1917. It is reprehensible that a financial institution which is trusted by its patrons with their livelihood would breach that trust. On your website you specifically state that nobody can or should neglect social responsibilities. However, how can you state this when your company has done just the opposite by neglecting its social responsibilities to its own depositors.

The article could be accessed online at: http://www.eafjd.org/article.php3?id_article=314&lang=en

Newer PostFrom 1979 until the formation of Micromania Group
Older PostJames Tufenkian: the man with various faces; the businessman and hotelier (part 1/2)