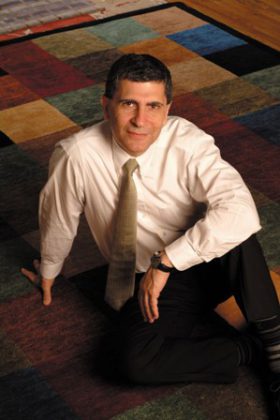 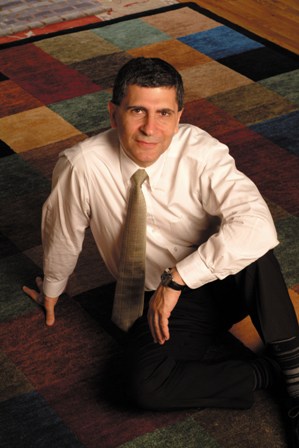 
Some of us may have several faces, but can not be perfect in all at the same time. James Tufenkian is a successful businessman, prominent hotelier and generous philanthropist.

Launched in 1986, Tufenkian Carpets is one of the world?s leading designers and makers of hand-woven Tibetan and Armenian carpets. An innovator in the world of carpet design, founder James Tufenkian brings fresh vision to the industry through original creative concepts and a commitment to providing the highest quality, environmentally friendly product.

After graduating from in 1986, James Tufenkian decided not to become an attorney. Instead, a trip to showed him his calling. He met Tsetan Gyurman, a master craftsman exiled in with his own atelier that produced some of the finest carpets in . Tsetan, too, had longed to produce his fine rugs on a larger scale. The mirrored dreams of the two men thus created Tufenkian. As James and Tsetan formed a partnership and a friendship, they learned that they were both adamant about ethics and social reform, and that, although separated by oceans and continents, the thread of ?60?s social idealism connected them. With this spirit, they expanded the business to , where Tufenkian?s family had its roots. His grandparents left after the Hamidian Massacres in 1895-96, during which 250,000 Armenians were killed, including Tufenkian?s great-grandfather. Modern day conditions still made life hard on the Armenian people. ?I could not live with the guilt of enjoying my comfortable life in while Armenians in and Nagorno Karabagh were starving, freezing and at war,? Tufenkian said.  He also wanted to return the craft of carpet making to , teaching young artisans ancient techniques that were forgotten during the time when was under the control of the . Tufenkian has said that true success would be achieved only if ?it included the human exchange of caring for our workers, their communities and the environment.? Today, he concludes that, ?The positive social impact we?ve been able to create has been the most rewarding aspect of the company.? 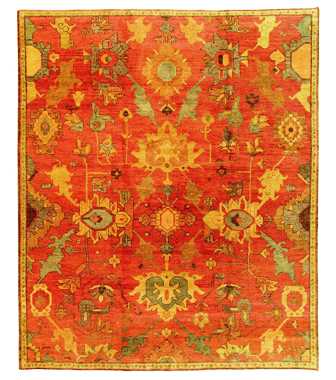 The Armenian Collection by Tufenkian was born in 1993 and includes four different programs that range from traditional, delicate and refined to bold, archetypal designs. More modern Armenian rugs have been designed by Clodagh, the internationally renowned designer who creates ?art to live in.? As with all Tufenkian rugs, the Armenian collection is completely handcrafted. All carpets are created from strong, lustrous Tibetan wool, which is brought by yak over the mountains, dripping with lanolin, which gives it natural protection against stains. The wool is dyed in small lots by hand, but the pigments are provided by Swiss Metal Complex dyes, which will never run or fade, and are completely organic. Tufenkian is a strong opponent of using child labor and is committed to improving the lives and communities of it employees. In fact, Tufenkian was recently awarded Travel & Leisure magazine?s Global Vision Award for its work to affect positive social change in the areas where Tufenkian carpets are created.

James Tufenkian?s move to , his ancestral homeland, clearly furthered his vision for bringing prosperity to the land and its people. The Tufenkian Heritage Hotels ? the first of which was launched in 2001 ? is his latest venture.

His goal was to introduce as a travel destination and to share with the world the scarcely known beauty, rich culture and adventure that define the country. Tufenkian Heritage Hotels are unique, spectacular properties influenced by the architectural characteristics of the native land. James also sees value in enjoying life, and succeeded in opening three upscale hotels with amenities to pamper every guest. With elegant d?cor and luxury rooms and suites, Tufenkian has said that his inspiration for the designs of the hotels came directly from the locations they were built on.

Just like the rest of James? projects, the hotels have provided much more than just a travel destination. Not only do the hotels provide an authentic experience of Armenian culture, design and craftsmanship, but they have developed an economy in destitute villages and towns. The hotels have created jobs, not only in the construction and management of the hotels, but craftsmanship jobs were implemented to create hand-woven carpets, quilts and artisan-crafted d?cor for the hotel. 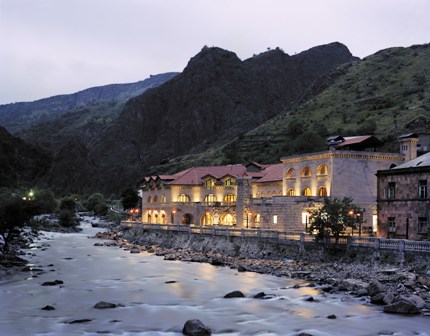 There are three hotels currently open, with four more on the way. Already in existence is the Avan Villa Yerevan, Avan Marak Tsapatagh, and the Avan Dzoraget (see photo). The Areni Hotel, another hotel in a more central downtown location, a Southern Armenian Dilijan, and a North Armenian Dilijan will be opening in mid-2007/early 2008.

Tufenkian has its headquarters in , with showrooms in , , , , and . With International Showrooms in , and , , as well as offices, factories and design centres in and .