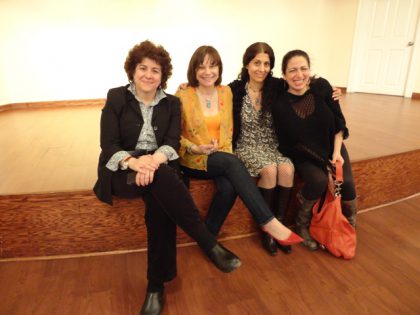 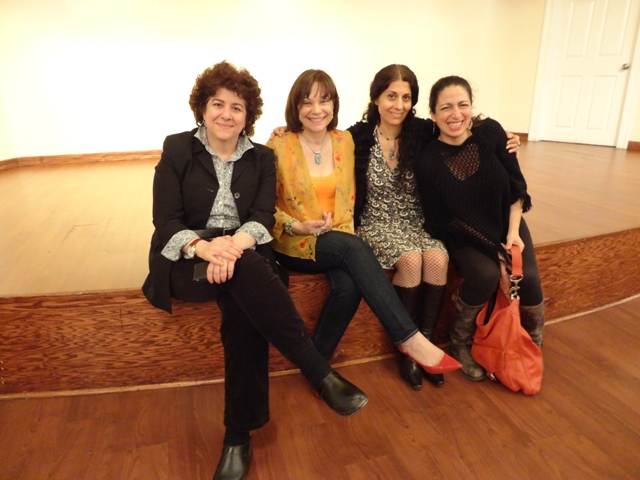 WOODSIDE, N.Y. ? On Thursday, April 12, at the Armenian Center here, four female writers of the diaspora presented their works at Literary Gems and Wine – a program sponsored by the New York Chapter of the Hamazkayin Cultural Association.

Nora Armani, Lucine Kasbarian, Lola Koundakjian and Aida Zilelian-Silak shared writings that explored the rich complexities of the human condition. The collective result was an eclectic compilation of vocal pieces that reflected a poignant and contemplative look at life in the diaspora.

In her introduction, program organizer, rare book librarian and literary devot?e Arevik Caprielian expressed her satisfaction in showcasing accomplished Armenian “creatives.” “These writers need not be heralded beyond the Armenian milieu in order to be recognized as credits to the global Armenian nation,” she said. “While Hamazkayin remains true to its mission of preserving and disseminating Armenian traditional literature and arts, it also moves forward with the times and inevitable changes in diaspora,” she continued. “Therefore, it embraces contemporary authors writing in various languages, considering them contributors to the body of Armenian literature.” Caprielian concluded by affirming, “A nation maintains its distinction through arts and literature.”

Actress and storyteller Armani read, in English, the opening chapter from an untitled novel-in-progress. She also read an excerpt from her unpublished novel, The Armoire, about four Armenian sisters flung to the four corners of the earth, and a short story, “Waiting to Arrive,” about journeys, memories and being, published in an anthology called In Our Own Words: A Generation Defining Itself. To close, she played a musical recording whose lyrics contained her poem about exile. Armani acted in, directed and co-produced the award-winning play, “Sojourn at Ararat.” This year, Armani co-stars in the CBS television pilot program, “Golden Boy,” and her film, “Moving Stories,” was screened in the Short Film Corner at the Cannes Film Festival.

Writer and political cartoonist Kasbarian read, in English, two short stories. The first, “A Subway Tautology,” explored the social and philosophical underpinnings of an absurd train travel incident. The second, “Elixir in Exile,” chronicled her suspenseful quest to locate an ancestral family recipe, and will be published in r.kv.ry Literary Journal. Her latest published work is an illustrated children?s book, The Greedy Sparrow, an Armenian folktale retold which will be performed at children's literature workshops and a children's book festival.

Poet and artist Koundakjian read several works in Armenian and English, including “Kalov Antsyalin” and “Mazerut,” describing times spent with loved ones. She then read a thought piece called, “In search of Rilke at the Metropolitan Museum of Art,” and “Anonk Meran,” memorializing those lost to mass murder. Her tribute, “Three Armenian Artists in New York City” recalled Arshile Gorky, Reuben Nakian and Marcos Gregorian. And her inspiring, lyrical prose poem, “Khurad Hay Panasdeghdzin,” counseled writers struggling to find their muse. Koundakjian's latest published work is a collection of poems called The Accidental Observer. Founder of the Dead Armenian Poets Society, she is also the curator of the Armenian Poetry Project, which presents classic and contemporary Armenian poetry and other writings on Armenian topics.

New York writer and editor Zilelian-Silak read, in English, her short story, “He's the One For Her.” This narrative piece deconstructed the ambitions of a young Armenian woman searching for an elusive, Armenian-speaking mate, and first appeared in Ararat. Her stories have been featured in journals such as Pen Pusher, Slushpile and Wilderness House Literary Review. Her novel, The Hollowing Moon, was one of five finalists for the 2011 Mercer Street Books Fiction Prize. Aida organizes an ongoing reading series she established in Queens, NY called Boundless Tales.

In the future, the New York Chapter of Hamazkayin hopes to launch an ongoing reading series spotlighting contemporary Armenian writers.