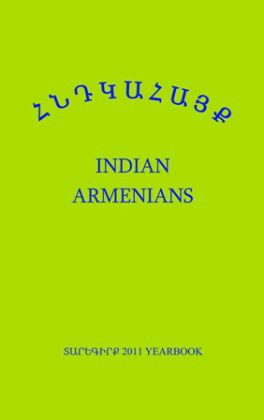 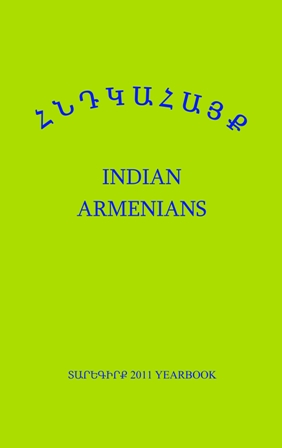 On 8th August, 2012, with the blessings of His Holiness Karekin II, Supreme Patriarch and Catholicos of All Armenians, the third volume of the bilingual yearbook of the Armenian Church of India and Armenian College and Philanthropic Academy (Kolkata, India), 'Indian Armenians – 2011' has been published.

This encyclopaedic volume that was compiled with meticulous and arduous endeavour, in the legacy of the Armenian publications, bears testimony to the yearlong events in the Armenian Church and the Armenian Community in India. The yearbook also presents in a comprehensive way, the yearly activities, progress and achievements of the Armenian College and Philanthropic Academy.

This yearbook which contains articles about the rich and glorious heritage of the Indian Armenians was sponsored by the Church Committee of Holy Nazareth, Kolkata.