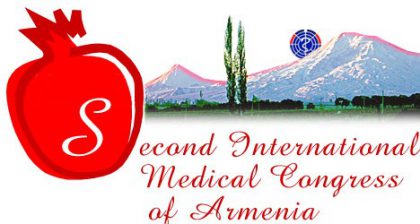 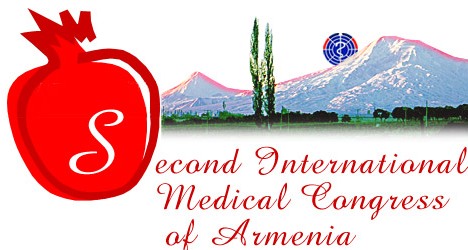 The 2nd International Medical Congress of Armenia took place in Marriott Armenia Hotel from 28-30 June 2007. The 1st Congress was held in 2003.

About 500 medical specialists, scientists and experts followed the three-day conference. They discussed important health issues related to Armenia and Nagorno Karabakh. Dozens of scientific reports related to different spheres of the health service were presented during the conference. Several satellite symposiums were held with topics such as “opthamology“, “nursing work“, “diabetology” etc.

The third full session of the conference was dedicated to the strategy of the Armenian-Diasporan joint programs and further cooperation.

Armenia aims at becoming a leading country in the region of the Caucasus in providing medical services.

According to Haroutiun Kushkian, the Armenian Health Minister, the proceedings of the conference will greatly contribute to the development of medical science in Armenia. The Minister mentioned that the sphere of the health service will be one of the primary directions of the policy concerning budget expenses and that it will aim at raising the quality and availability of public medical support. The development of the medical insurance system was discussed in this context.

“The Diaspora is a major source of support for Armenia's healthcare system”, President of the Armenian Medical International Committee Jean Arakelian stated at the opening of the Congress in Yerevan.

Arakelian pointed out that the Diaspora is ready to support Armenia in implementing the “Armenia without Cigarettes” program. He also referred to the necessity for holding similar congresses in the countries where Armenian communities exist, something which will allow foreign specialists to be connected with Armenia's medical system.

He reported that the 10th congress of doctors from the Armenian Diaspora is to be held in New York in 2009. Regular medical congresses have been held outside Armenia since 1974 on the initiative of the Armenian Medical International Committee (AMIC). The last congress of Armenian doctors was held in San Francisco, USA, in 2005.